It is estimated that only 18% of SMEs were led by women in 2012 (1). Currently less than 5% of venture capital is invested in women (2) and it is thought that just 5% of UK angel investors are female (3). Why might this be the case? Various theories are put forward, such as people tend to invest in people just like themselves i.e. men invest in men, and that less women study STEM (Science, Technology, Engineering and Mathematics) subjects, that may lead to the creation of the type of businesses angels look to fund. One of the ways to address this imbalance is by backing more women led businesses to create a greater number of successful women entrepreneurs and subsequently more female angel investors.

Why invest in women? There is data coming from the US that women led businesses produce favourable returns for investors and it would be great to see more of this in the UK.

Delta2020 is a keen supporter of ambitious female-founded and led businesses and its partners currently have investments in the following:

The Cloud – The invisible boom facilitating the digital revolution

While on work experience, Ross Mcgowan of Bishop Stortford College looked into the role the cloud is playing in the digital revolution.

What is “The Cloud?”

The cloud is formally known as cloud computing. It refers to storing and accessing data and programs over the Internet instead of locally stored on a computer's hard drive. Therefore “the cloud” is simply a metaphor for the Internet.

The majority of people use a cloud computing system on a daily basis e.g. any email which can be accessed from the internet can be considered cloud computing. By 2017, it is forecast that enterprise spending on the cloud will reach $235.1 billion. 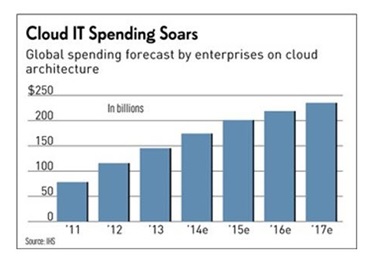 'Internet of Things' - From cars to cookers, it's a connected revolution

The 'Internet of Things' is often talked about as one of the next big things but what exactly is it and what are its applications? While on work experience, James Higgins of Bishop Stortford College looked into the subject. 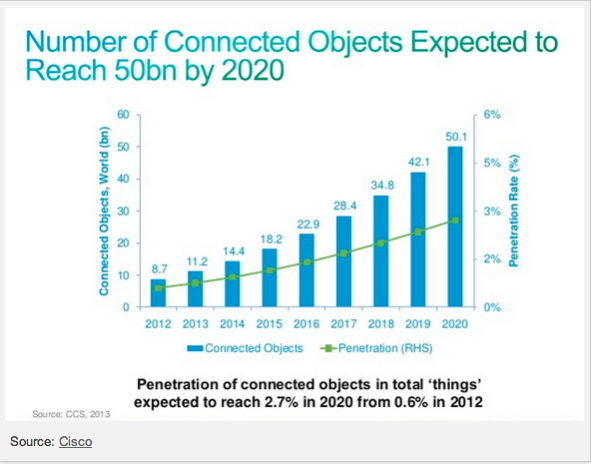 The “Internet of Things” (IoT) refers to everyday objects being connected across a network that can interact and communicate with each other. By 2020 the number of connected objects is expected to reach 50 billion devices. Each ‘thing’ requires its own IP address in order to connect, which was one of the obstacles under the previous ipv4 network address system due the limited availability of addresses.Thanks to the new ipv6 network, which allows for a greater number of IP addresses, it is now possible for over 100 billion devices to be connected to the Internet. Such devices are often referred to as ‘Smart’ products. From cars to cookers - it’s a connected revolution.

The UK population grew by 400,000 last year to 64.1 million people according to the ONS. This represents a rise of 0.63% on the previous year and saw the UK experience the largest population increase of the four most populous EU member states and higher than the overall EU average. Net migration represented 46% of the rise, while just over half was accounted for by the birth rate.

Transferring money by mobile phone is set to get easier with the launch of a new mobile payments system called Paym (pronounced “Pay Em”). It allows people to pay using just their phone number, taking the hassle out of having to provide sort codes and account numbers. The service will launch on the 29th April 2014 (1).

UK IOUs and informal loans are worth £12.6bn a year according to research by IOU UK (2). The new service is aimed at making it easier for friends and family to pay each other, for such occurrences as a split restaurant bill or the purchase of event tickets, or could even be used to pay the plumber for fixing the boiler. At the moment Paym can only be used for payments between individuals, and not retailers. Users will be able to send up to £250 a day and transfers will be completed almost immediately.

How does it work?

Artificial Intelligence - The Rise of the Machines?

Google’s acquisition of DeepMind Technologies generated much interest in the field of artificial intelligence (AI). When Google makes its largest ever EU acquisition at a rumoured £400m, people take notice. When the acquired company doesn’t have a single commercially available product and is virtually unheard of, intrigue is heightened.

DeepMind is a London-based artificial intelligence firm which specialises in machine learning, advanced algorithms and systems neuroscience. So far, its technology has been used in simulations, e-commerce and games and there has been much speculation over how Google will make use of it.

Given the curiosity over this deal and the success of other existing companies making use of AI, we take a deeper look into the subject to understand what it is, what its applications are and who is already exploiting it.

Is the UK Missing a Trick? It's Time to Recognise 'Digital Manufacturing'

In our last piece about the sustainability of UK growth we concluded by querying the effectiveness of the current economic sector classifications and raised the concept of 'digital manufacturing'.

Traditional manufacturing, or ‘analogue manufacturing’ as we might choose to call it, accounts for around a tenth of the UK economy. This includes sub divisions such as food products, beverages and tobacco, textiles, wood, paper products and printing, chemicals, metals and much more. This is not a set of activities to be downplayed and as the UK economic picture brightens there are positive signs of growth.

As part of our continued research into the UK economy, we've been looking into tax and recently took to Twitter to share some of our findings. A link to the HMRC data can be found here and a larger version of our HMRC receipts breakdown pie chart here. 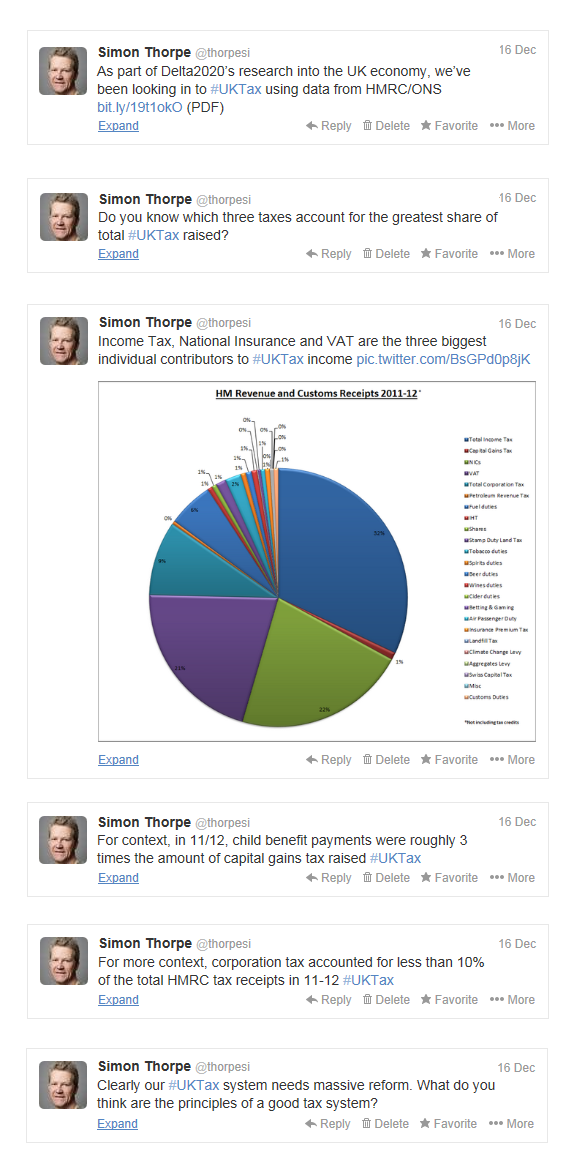 Tax principles are concepts by which a government is meant to be guided in designing and implementing an equitable taxation regime. Below we list our 7 principles of a good tax system:

Do you have a different view? Why not share your thoughts with us by sending a message on twitter to @Thorpesi.

Are forecasted increases in UK growth rates set to continue? 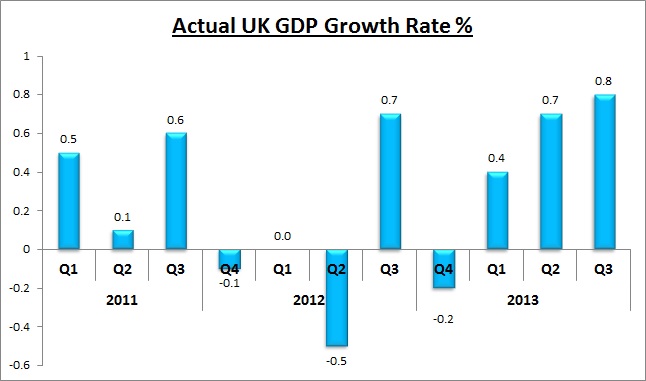 2013 has seen three consecutive quarters of positive growth for the first time since 2011, with the last quarter being the fastest rate of growth for three years. 2012 saw ups and downs on a quarterly basis as momentum struggled to build. The UK economy’s recent performance has seen a marked difference and led the Bank of England (BoE) to say the recovery has “taken hold”.

Over the last few years the general trend has seen forecasted growth rates progressively downgraded. However, over the course of 2013 growing optimism has been reflected in lifted figures. During his Autumn Statement, Chancellor George Osborne announced that the Office for Budget Responsibility (OBR) had increased its UK growth forecast for 2013 from 0.6% to 1.4%. The CBI has also demonstrated an upward trend in its growth forecasts for this year, lifting them from 1% to 1.2% in August and again to 1.4% in November.

The main driver in the UK's recovery has been attributed to rising household consumption. In the latest quarter it is believed that this delivered 0.5% of the 0.8% growth in GDP. A strong raft of economic data has also contributed to upgraded prospects. ONS figures for Q3 show construction, production, manufacturing and services all up. Reassurance that UK interest rates will remain low for some time to come has further added to confidence.

The future rate of growth

Growth rates for 2014 have also been revised upwards. As observed from the table above, the Bank of England are predicting a growth rate of 2.8% for 2014, an increase of 1.1% on forecasts made only two quarters ago. However, it is still early days in the recovery process and the economy remains smaller than it was before the financial crisis.

So far the recovery has been driven in the main by increased confidence, consumer spending and housing. To sustain the recovery, a much better balance will need to be achieved. The BoE withdrawing the funding for Lending scheme (FLS) stimulus could be seen as an acknowledgement of this. An increase in corporate investment and Infrastructure spend will go some way to rebalancing the economy but perhaps there should be some recognition that sector classifications need to change. The services sector accounts for almost 80% of the UK economy and we need to sub divide this in a more informed manner. The technology sector is a significant contributor and yet we don’t seem to have a good indication of how much this accounts for. For instance, what percentage of this is digital manufacturing?

More on this in the New Year.

Metadata: Do you know what you’re sharing?

The volume of data the world is generating is growing at an ever rapid pace. 90% of all the data in the world has been generated over the last two years. We are more mobile and sharing more data than ever before. Communication is based on the transmission of data, but we are not always aware of the data that exists behind the data we send.

Metadata is data that describes data. It helps bring context to content. The term refers to any structured data used to aid the identification, description and location of networked electronic resources. It is generated automatically when using technology whenever data is created, acquired, added to, deleted from, or updated.

There are three main types of metadata:

A report compiled by Markit and KPMG has highlighted the strong performance of the UK technology sector in comparison to the private sector overall. Markit polled 150 tech companies as part of its regular survey of 1000 companies operating in the UK. The report identified tech employment clusters, job hiring and growth trends as well as business outlook expectations. Presented is an encouraging portrait of the UK tech sector.

Here are some of the key findings: 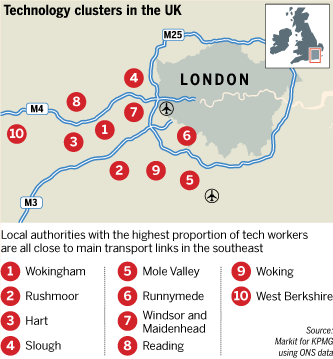 ‘Technology sector’ terminology - The Markit and KPMG report classifies technology sector employment as a ‘workplace based’ concept, rather than an ‘occupation based’ concept. The report has also estimated that a weighted combination of the following five SIC categories represents the best available bellwether for the footprint of ‘technology jobs’ within UK local authorities.