The future of our pocket computers

iPhone sales have decreased by 50% since 2015. Max O'Reilly, Year 10 student from The Bishops Stortford High School on work experience at Delta2020, decided to look into the diminishing role of the smartphone in the future mobile device industry. 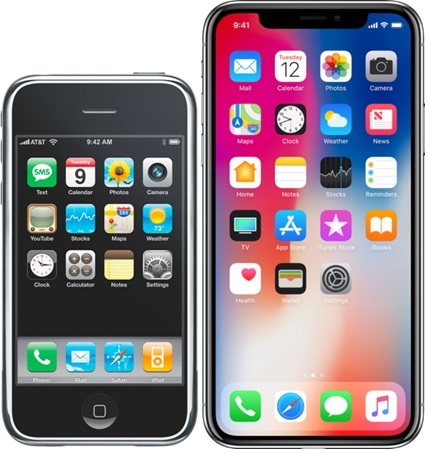 Since the first iPhone was announced in 2007, there have been 21 different variations on the original iPhone model. But, while there is obvious change, the designs have never substantially moved on.

The largest design change between the original iPhone and the iPhone X (the latest model) is the recession of the top and bottom bars. However, the home button was replaced with a swipe up motion that achieves the exact same effect so this is merely a change to the size of the screen, not really the functionality of the phone. The phone may be larger, and the screen now takes up more of the front face, but the way we interact with it is the same.

To compare the iPhone X to the original, it’s still rectangular, the home screen is still dotted with square apps (many of which have hardly changed appearance) and it’s the right size for your pocket but too inconvenient to hold when not being used.

Importantly, while Apple has introduced some helpful shortcuts like 3D touch, or talking to Siri, the main input mechanisms are the same as they were over a decade ago: Your finger and an on-screen keyboard.

For iPhone’s competitors, though there were many more iterations, it’s the same conclusion. 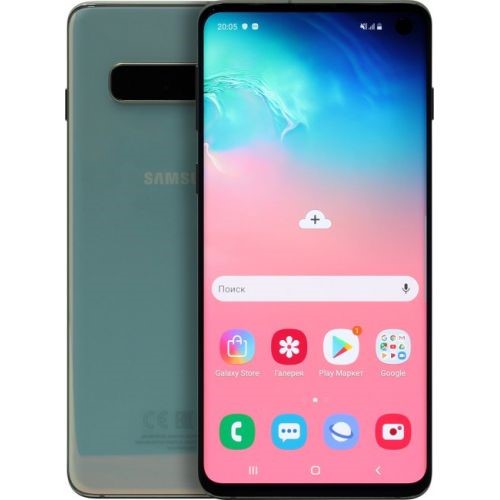 Of all the models, Apple’s most popular smartphone is the iPhone 6 which sold 220 million units from September 19th 2014 to September 9th 2015. We can compare this to Apple’s latest model, the iPhone X, which is estimated to have sold 16-50 million units from November 3rd 2017 to May 4th 2018. Though the time frame is shorter, even if Apple continued to sell 100 million iPhone X’s it would still fall short by 50% in comparison.

Excluding for some questionable folding phones and concept drawings, the most obvious change between phone generations now is the size of the screen.

According to Dixon’s Carphone, consumers now wait just under 2 ½ years to upgrade their phones, which is 50% higher than 2013. Consumers are now waiting longer before upgrading their phone, implying that maybe something new is needed to spike their interest.

Virtual Reality (VR) and Augmented Reality (AR) are technologies centred on the projecting of an image directly into the user’s eye. This is generally achieved through a headset or goggles that use lenses and a screen.

Apple, Google and Samsung, leaders in smartphone production, have shown a keen interest in VR and AR. Apple has introduced AR functionality to iPhones, allowing users to play games in their actual living rooms and to model new products on their desks before buying them, but AR also has applications in archaeology, architecture and finance. Samsung has its own VR headset, the Gear VR, which is competitively priced at £100. Google has created its Daydream headset that uses any daydream-ready phone as its screen, a novel idea, as well as Google Earth VR and Tilt Brush, two VR tools.

Though it may not be for a while, the continued research and development into VR and AR technologies will eventually jeopardise smartphone’s existence. Over time the bulky headsets we use today will become smaller and less obvious. Then, when you can see your emails, messages and internet browsing in front of you, you won’t need a small screen to hold. This disruptive and innovative advancement will allow for a shift from the 2 dimensions currently used by all apps on a screen, to 3. It’s hard to predict what that would do but imagine if there were websites that existed around you instead of in front of you. It is not unforeseeable that, before 2030, there will be a smartphone-priced, zeitgeisty headset that completely disrupts the Smartphone market, as the iPhone did its competitors in 2007.

However, VR and AR are a way away right now. Perhaps, before them, we’ll have a phone-like device with a different form of input.

Most phones already have voice recognition capabilities. Apple has been developing Siri for almost a decade now, giving it better speech recognition, voice synthetization and inter-app functionality. Rival Microsoft is competing with its own assistant Cortana, Samsung has developed Bixby on the Galaxy s10 and both Amazon and Google have similar capabilities in Alexa and Google Home. The race is on for one of these companies to bring forward a device where one of these assistants becomes the main component.

Already something we’re seeing is the loss of the smartphone as our primary screen. The Apple Watch and Samsung’s host of wearable devices take our notifications from our phones and show them to us from our wrists. Canalys estimates that Apple sold 6 million Apple Watches in Q4 2017, overtaking the total sales of Swiss watch makers.

Bluetooth headphones no longer require us to hang wires from our ears to our phone and what’s to say they won’t soon be connecting to our watches?

Either we’ll one day lose the phone in favour of wearable devices we needn’t hold, or the phone will remain in a diminished role, permanently sitting in our pockets until we want to change album.

Neuralink and the Future

In January 2017, Elon Musk founded Neuralink, another of his dazzling futurist ventures. Neuralink aims to develop technology that will allow human brains to interface with computers and, while at this time the company has been very secretive about its progress, if this technology becomes a reality our human world will become unrecognisable.

Imagine being able to browse the internet through your mind. Imagine calling a contact with a thought. Neuralink aims to achieve this through the use of a neural lace, a concept that originated in a science fiction novel, which is an injection of flexible circuitry into the brain.

While advances like this could revolutionise the human race, they are not without their dangers. The closer computers come to our brains, the closer our brains come to being interfaceable from the outside. An unsuspecting Neuralink customer may be one day simply minding their own business, only for someone with a laptop to steal their bank details from their mind. Even then, who knows how deep these connections may end up going. It may eventually become possible to render a live healthy human brain-dead with the push of a button. This is not to say that there will be no defence against these acts, only that they will become a threat as soon as Neuralink rolls out its first products.

Personally, I think that in the next 10-20 years, VR and AR technologies will improve to the point at which it will be more common to see somebody looking into a set of goggles (or whatever form VR and AR eventually take) than at a smartphone. While I can’t say I’m looking forwards to the Neuralink revolution, it will someday be what VR and AR are to us today.