Is social media a blessing or a curse?

During Delta2020's inaugural 'virtual' work experience program Yr11 student Alex Gilkes from the Herts and Essex High School decided to research the topic of social media given the current lock-down situation which has forced a global adaptation to a 'new normal'. 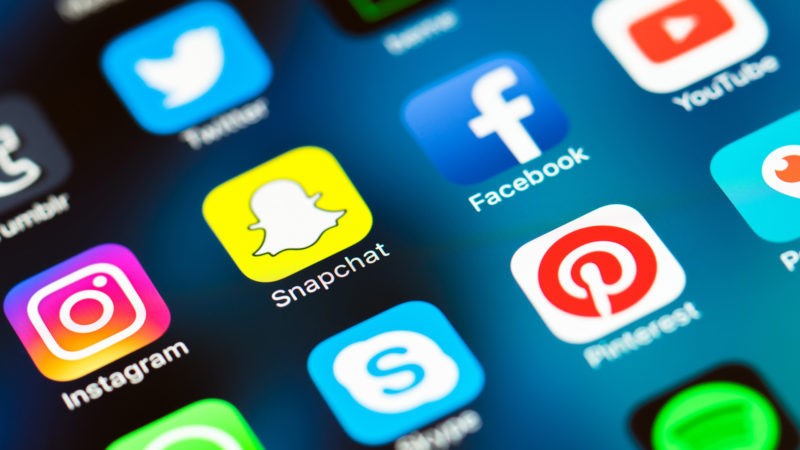 In the last two decades, technology has made leaps and bounds in almost every way possible and the rise of social media platforms has been fed as we enter a new hyper-digitised age. There are 3.5 billion social media users worldwide, many of whom who interact with social media daily, yet not many people know the very real risks that come with it.

Social media can be defined as “the different forms of online communication used by people to create networks, communities, and collectives to share information, ideas, messages, and other content, such as videos.” Put simply, the initial intentions behind the creation of social media platforms were innocent by offering a brand-new and exciting way to connect and when asked, 81 percent of teenagers said they felt social media has had a positive effect on their lives. Platforms like Facebook, Instagram and WhatsApp play integral roles in many of our lives by allowing us to catch up and stay in touch with family and friends when we aren’t able to physically see them. LinkedIn was also one of the first social media sites, founded in 2002, that focused primarily on professional networking and allowing business connections to thrive. This is a great example of a social media that has stayed true to its initial goals and it could be said that these types of social medias are helping to change lives for the better. Furthermore, in these uncertain times where physical contact has been limited for such a long time period, social media has helped combat isolation during lockdown. It has meant that quarantined relatives can connect when they are in desperate need of human interaction, albeit if this interaction does have to be virtual.

Prior to the social media age, communication was never so easy or so efficient.

With the use of social media platforms comes the inevitable subject of data collection and the ethics behind the amount of data large companies can easily access about its users. It’s also a growing concern that many consumers are not often aware of how much of their personal data is being accessed due to lack of transparency from large companies like Facebook. The Cambridge Analytica scandal of 2018 brought to light a lot of issues in regard to companies abusing data collection for unethical use. The company had used a third-party app that was harvesting 50 million Facebook users’ data in order to build up a massive dataset of the American electorate. This information was allegedly then used to interfere with the ad targeting of the 2016 presidential election. This has been held up as a violation of people’s rights, alarming many as it exposed the real power that large companies had over the general public. In short, this manipulation of private data for political benefit offers as an insight into the darker side of social media.

The exponential growth of social media throughout the population has also inevitably brought with it an abundance of toxic and negative users who continue to use the platform to spread hate as opposed to positivity. The particularly damaging part about being bullied online is that it becomes all-encompassing for the victim, leaving them feeling like they can’t escape abuse as it follows them home on their own personal devices. In a study in 2015, it was found participants averaged checking their phone 85 times every day, showing that majority of people are likely very unaware of just how much their devices control them and occupy their mind. Luckily, cyberbullying is gaining more and more awareness but it’s important the conversation continues as it is far from eradicated. In fact, as of this year 87 percent of young people have said they’ve witnessed cyberbullying online and a saddening 36.5 percent of people feel they have been cyberbullied at some point in their life.

Therefore, it is critical to realise that even though social media can be a saviour and should by all means be used for entertainment, communication and leisure, everyone should be wary. We as the consumers of these large companies should educate ourselves on the dangers in order to get the most out of the benefits that come with them.

The Herts and Essex High School