Here we share our annual tech themes for 2020. Whilst some of these themes are not necessarily new, we believe they will shape the future of this decade. 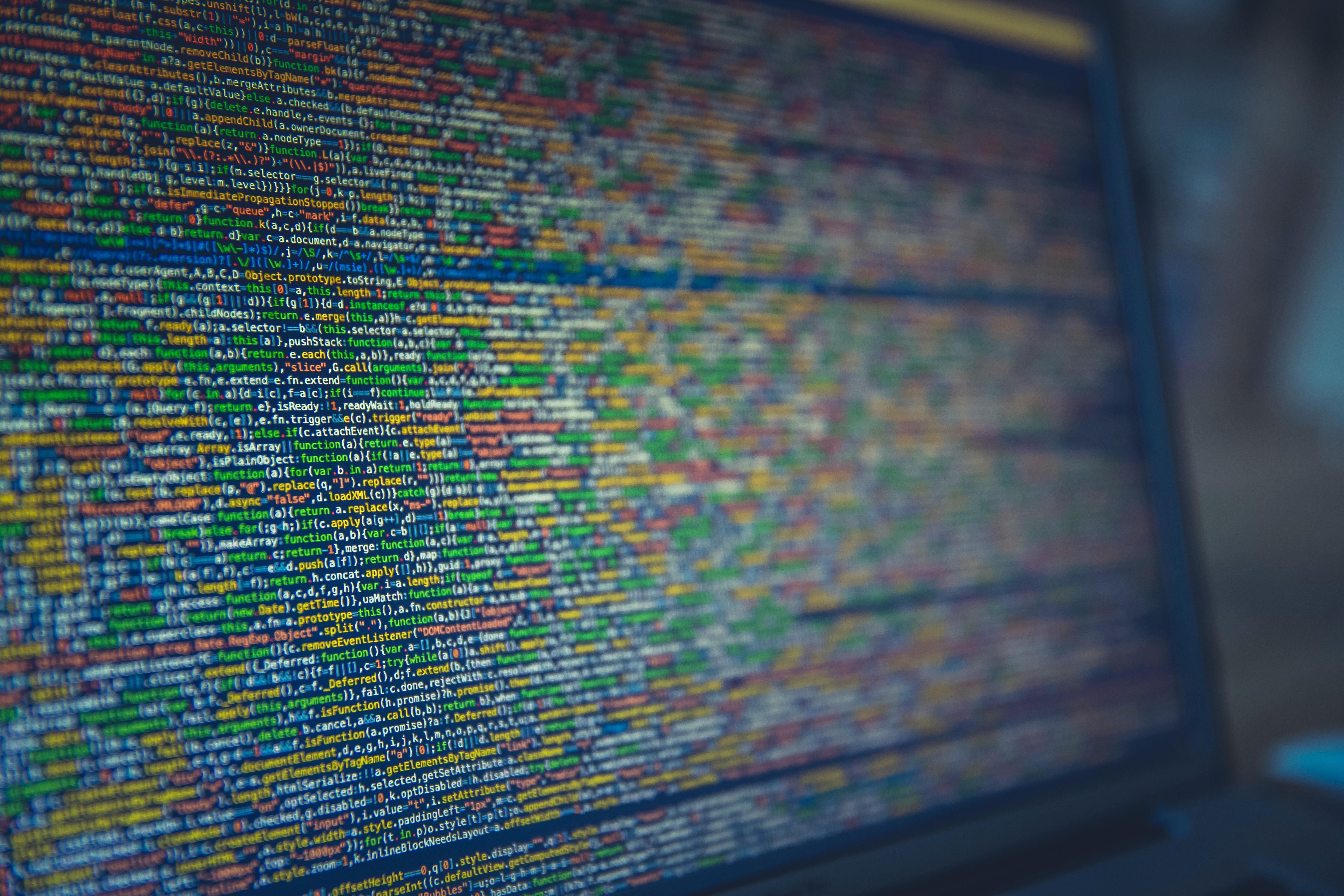 1. #Techlash – The golden years have begun to tarnish

During 2019 the speed of innovation and the ever-increasing monopoly power of the tech giants gave rise to the now popular hashtag ‘techlash’.  Several instances of company breaches (exposing users’ personal data); exploitation of gig economy workers and targeted bias ads have called into question the lack of regulation. The implementation of Europe’s GDPR has made an impact, although peppered with ambiguity and with very few signs of enforcement. Expect more #techlash in 2020.

According to IDC, global spending on AI is expected to reach $97.9 billion in 2023 – more than two-and-a-half times the $37.5 billion that will be spent this year.

AI has been a ‘buzz’ word in the world of start-ups since 2015 with many choosing to register their business domains as .ai. Whilst AI undoubtedly has the potential to transform almost all industries for the better by improving productivity, increasing revenues and saving lives its direction won’t be left solely in the hands of the technologists.

There are genuine and legitimate concerns over the social and ethical implications of AI and its uses which has given rise to various AI Ethics not-for-profit organisations being set up. Ultimately to ensure that the direction of AI and the huge investment is steered under these four pillars:

3. Something-as-a-Service – The Cloud Computing Battle is on

Amazon has capitalized on its cloud computing position with its AWS business (Q3 2019 saw revenues increase by over 35%) making it Amazon’s fastest growing revenue arm. Other providers such as Microsoft, Google, Alibaba and IBM are hot on their heels to provide third party AI outsourcing, enabling small businesses to take advantage of AI and its benefits without the associated financial implications and risks. Forrester’s report: The 5 ways cloud computing will change in 2020 highlights that the public cloud market along with SaaS, PaaS and IaaS services will grow to $299.4bn next year.

By 2025, IDC says worldwide data will grow 61% to 175 zettabytes, with as much of the data residing in the cloud as in data centres. 5G’s impact on cloud computing will revolutionise the industry by delivering seamless digital experiences by offering speeds up to 100 times faster than 4G up to 25 times lower lag time or latency. Furthermore, it will have the ability to support up to 1 million devices in a kilometre square. The 5G network will undoubtedly evolve and disrupt other industries increasing the inherent risks to infrastructures, potential DDoS attacks as well as user’s safety and privacy. Additionally, with IoT and M2M devices likely to occupy a large part of its bandwidth it is imperative that governments enforce strict policies on operational compliance. As 5G expands, we expect to see an increase in the Internet of Things (IoT), the Industrial Internet of Things (IIoT) as well as improved mobile broadband to support Augmented and Virtual Reality tech along with enhanced remote-control communications of vehicles, critical structures and medical procedures.

5. AI in healthcare – Dr. Who? Will AI augment or diminish a Doctor’s role

According to Accenture Consulting, the healthcare market is expected to grow to $6.6 billion by 2021.

AI-based personalised precision medicine is still in its infancy and requires sustained collaboration across several disciplines such as medicine, biology, statistics and computing. Along with the lack of complete data or data silos (with patients’ records being held on various different healthcare systems) it will need to overcome many barriers before its applications and systems are sophisticated enough to be of immense value. However continued research and the application of AI and machine learning on medical, environmental and lifestyle data are ground-breaking steps towards developing personalised treatments and precision medicine to help stabilise and manage or even cure illnesses and diseases from depression to cancer.  The opportunity is huge globally and is only just starting.

2020 could see Quantum Computing official cross the chasm with several tech giants implementing demonstratable use cases of this advance form of computing.

Google announced in October 2019 the achievement of ‘quantum supremacy’ with its 50-qubit-quantum computer (where a quantum computer overtakes the current computer capabilities).  IBM followed suit that month launching its 53-qubit quantum computer within the new IBM Quantum Computational Centre in New York aiming to build an ecosystem for computing research and commercial applications. Volkswagen recently partnered with D-Wave to show its use case of Quantum Computing (using D-Waves’s 2000Q quantum annealing processors) in the Lisbon test. It was implemented through tablets place in 9 buses linked to its Quantum Routing System, allowing them to navigate through traffic with the least congestion possible. Amazon has joined the competition to potentially offer production scale cloud-only quantum processors through AWS and its new service ‘Amazon Bracket’ by partnering with D-Wave Systems, IonQ and Rigetti Computing. Microsoft’s November release of Azure Quantum ‘full-stack, open cloud ecosystem’ was another important milestone in the race to develop capability in quantum computing. We expect more developments in this pioneering sector during 2020.

7. Cyber Crime – Beware you are being watched!

Accenture reports that the average cost of cybercrime has increased 72% in the last five years, reaching US$13.0 million in 2018. Furthermore, its study estimates a combined loss of $5.2 trillion in value across all industries globally with attacks increasing in sophistication, cost and size. We expect Cybercrime to continue as a strong theme during 2020 with continued data breaches down to the lack of preparedness of organisations and the inherent problem of how sensitive data is protected. This is partly due to vulnerable old software but also archaic systems that inadvertently silo data putting it at risk. The advancement in AI will undoubtedly cause a rise of sophisticated AI-powered cyberattacks in 2020. Within the first few days of this decade we have already seen a serious cyber-attack on Austria’s foreign ministry.

8. Facial recognition – ‘Facing’ its own backlash

China has been a pioneering leader in the advancement of facial technology for many years.  In 2019 it implemented a vast network of cameras all around the country, monitoring its citizens movements with the ability to enforce immediate fines via the App WePAY for minor offences such as ‘Jay-Walking’.

This has been met with much disdain from Western countries, with several US states (Alameda being the latest) to ban the use of this technology on the grounds that it can potentially be abused by law authorities undermining civil liberties. Public backlash in Western democracies shows there’s much contempt for being tracked or monitored as it’s an infringement of personal privacy.

Whilst the technology has its benefits as a force for good, if not used correctly it could have a corrosive impact in countries where behaviour is censored by the government and be used as collateral in places that do not hold liberal views. The manifestation of social unrest could easily be triggered dividing societies and cultures even further apart and must be ‘monitored’ with caution. We expect more debate about the ethics and moral hazard of facial recognition.

9. Bioplastics - will they carry us forward to a sustainable future?

Bioplastics are plastic materials produced from renewable biomass sources such as recycled food waste or sawdust. As governments set net zero targets, bioplastics will pave the way to a sustainable future in the plastic industry, which is currently estimated to account for 13% of the total "carbon budget" by 2050. The introduction of regulation should help governments to reduce plastic's impact - 36,000 tonnes of micro plastics and synthetic polymers are released into the environment in Europe every year. We expect to see a surge in the adoption of bioplastics by industry, improving consumer safety and tackling climate change.