CRISPR – The genetic tool that will edit society

CRISPR has been around since 1987 but scientists have only began to discover the gene editing tool's revolutionary capabilities in the last decade. Whilst on work experience at Delta2020, William Walker Y12 student from the Bishops Stortford High School decided to research his keen interest in this rapidly developing but controversial topic. 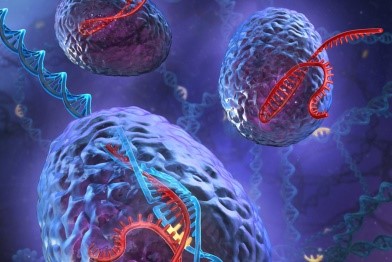 The latest tool being developed in biotech laboratories around the world today is “CRISPR” (Clustered Regularly Interspaced Short Palindromic Repeats), a genome editing tool that allows scientists to make changes in the genetic material of a cell or an entire organism in an easier, cheaper and faster way than previous techniques. This advanced technology has countless applications for human and animal health, medicine, agriculture, the environment and food supply chain.

Regardless of what your views on genetic engineering are, the CRISPR technology is being used and has been developing rapidly over the past decade.

What can it achieve?

In 2015, scientists used CRISPR to cut the HIV virus out of living cells from patients in the lab, proving it was possible. Only a year later, they carried out a larger project in rats that had the HIV virus in 99% all of their body cells: by simply injecting the CRISPR/Cas-9 complex into the rat’s tails they were able to remove more than 50% of the virus from its cells.

The reasons for this rapid development in eradicating diseases once thought to be incurable, is that compared to any other genetic editing tool CRISPR is the cheapest and easiest to use. This is because it only requires a Cas-9 system and a Guide RNA strand. The RNA molecule transports the Cas-9 molecule to a precise section of DNA, where the system then makes the edit. On the Guide RNA strand, there is a Guide sequence that codes for which section of DNA is targeted by the Cas-9 this Guide sequence is easy to make, making CRISPR quick and easy to set up. 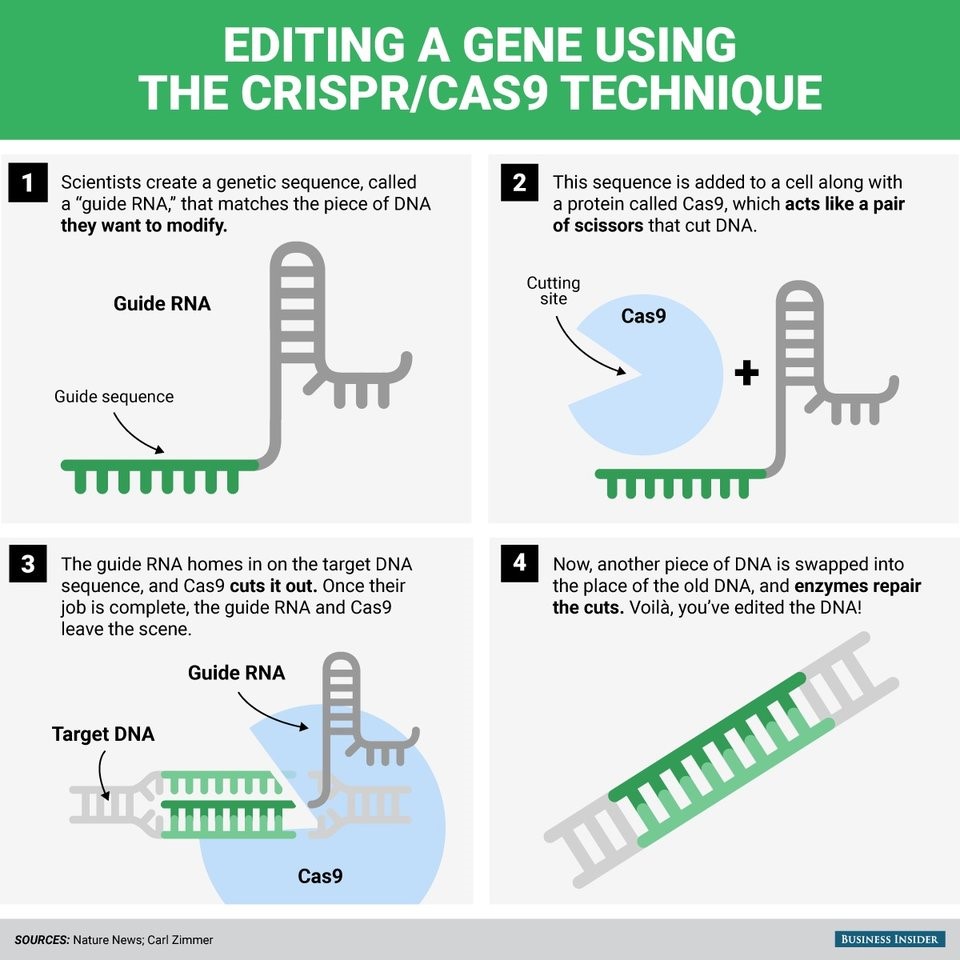 CRISPR can cure far more than just HIV; as the DNA codes for everything, the possibilities for CRISPR are nearly endless. Recent experiments carried out by scientists suggest that CRISPR could cure most genetic diseases (including Huntington’s), Cancers and even cure the blind once the causal gene has been identified. It is evident that the medical potential of CRISPR is overwhelming.

What are the concerns?

However with every new technology come new challenges and this poses the question if this tool will actually benefit society in the long term as well as in the short term.

Many believe that CRISPR can be beneficial both in the long term and short term but only if the correct rules and regulations are established now. It is hoped that this will help prevent amoral scientists such as He Jiankui from editing on human embryos unethically.

With the ability to edit DNA we will permanently be altering our human genome. This would result in modified humans’ engineered traits being passed on to their children which would gradually spread over generations, slowly modifying the whole gene pool of humanity.

This raises many ethical concerns with non-therapeutic uses of CRISPR as many believe that it gives too much power for scientists to have. With the ability to change and swap genes, there is an argument that it is only a matter of time before parents treat their children's genes as a project – who can create the best designer baby? This is what most people fear about CRISPR, this slippery slope phenomena has been created in the past 50 years by most biotechnologies that were invented for a specific function being quickly used to complete other objectives. Some have gone to plan with a good impact, but equally some also have had a negative impact on society and people’s personal wellbeing. An example of this would be with genetically modified organisms (GMOS) in agriculture. There was evidence that the glyphosate (an herbicide used in tandem with herbicide-resistant GMOS) induced human breast cancer cells growth via oestrogen receptors.

Furthermore, it is entirely possible that the use of CRISPR for non-therapeutic purposes could further increase the economic gap between the rich and poor. This would mainly be because of the sheer cost to edit a gene (around $18,000 according to Harvard). Due to this CRISPR could eventually become a luxury item that only the rich could afford. This would then give this demographic, giving the wealthy an unfair advantage in the economic competition against the other classes. With only the rich having the ability to make their children smarter, more charismatic and more entrepreneurial then society would face even larger problems facing poor economic stability, a problem which is already prevalent in many western countries today.

From looking at the evidence it is clear that in the short term CRISPR will have a hugely positive effect on our society, however it could be adversely manipulated in the long run and cause us to lose our originality as humans if boundaries aren’t put into place now. Currently, I believe that it would be wise to conduct a moratorium: we should not be allowed to use CRISPR to edit humans until the right ethics and regulations have been put into place. It would be deemed that CRISPR is currently too unsafe and unpredictable for use on humans; to use it now could have a negative impact on humanity.  Bearing this in mind, society could benefit hugely from using the CRISPR technology, but this should only happen once the correct regulatory framework has been implemented, so that CRISPR can be safety used for the benefit of everyone.