The Rise of Quantum Computing

Quantum computing will be a catalyst for some of the most revolutionary advancements in technology. However, academics and businesses must first overcome a myriad of obstacles before we can see its commercialisation. We explore the realms of quantum computing, explaining the features of the technology, the outlook and why it could be so important. 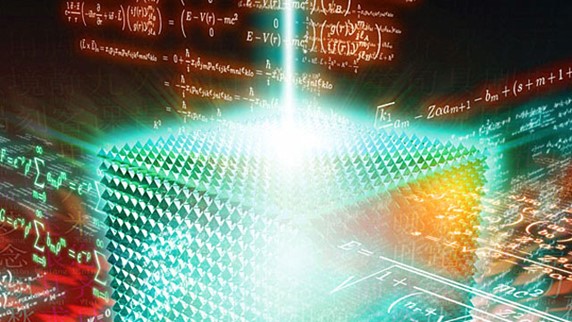 What is quantum computing?

Quantum computing is the area of study focused on developing computer technology that is based on the principles of quantum theory, which explains the nature and behaviour of energy and matter on the quantum (atomic and subatomic) level.

Quantum computing is becoming increasingly important because transistors for computers will soon be the size of an individual atom. Historically, companies increased computer chip power by reducing the size of transistors so they could pack more on to each chip. Once transistors reach the size of an atom they will start to adhere to the rules of quantum physics rather than ordinary physics, which are very different. At this point, the reduction of a chip’s size would no longer result in Moore’s law - which predicted the number of transistors on a chip would double every two years and consequently increase power – meaning the study of quantum computing is crucial for the continued advancement of computing power.

2. Superposition - the ability of a quantum system to be in multiple states at the same time.

3. Entanglement – when a pair of particles remain connected so that actions performed on one affect the other, even when separated by great distances.

These core features enable quantum computers to operate at a superior level to existing computers.

Why is quantum computing unique?

An ordinary computer uses bits to store and process information. Instead of bits, quantum computers use quantum bits (qubits), which can operate in a very different way. A bit can be stored as either a zero or a one where as a qubit can be stored as a zero, a one, a zero and a one, or an infinite number of values in between the two.

The quantum computer’s ability to store qubits as a zero, a one, or a superposition of both states enables it to perform calculations simultaneously. In the case of a conventional computer it would process a selection of numbers in a sequence, either randomly or orderly. However, because a quantum computer can be in multiple states at one time (superposition) it has the ability to store and process calculations simultaneously (parallelism), which is why it could hypothetically work significantly faster than an existing computer.

An analogy for the calculation process:

Imagine that you are in a library with 10 million books and you have to find the book that has the code 567 written on its front page. Finding the book in reality would be close to impossible, however, if you were able to be in 10 million parallel realities at the same time and in each one you could look through the pages of a different book then the problem could be solved with ease. A quantum computer uses this approach to process multiple calculations at the same time, which significantly increases the speed of problem solving.

Where could quantum computing be applied?

Quantum computing could create significant performance improvements in technology, which is why it is useful to understand where it could be applied. There is a selection of industries that have interesting use cases:

Encryption is used across the technology world to protect our valuable information from being accessed. Quantum key distribution could be used to send a message between two entities that could not be intercepted by a third party, as any transmission interceptions would make the key’s transmission change rendering it useless.

Drug development is an expensive and complicated process. A quantum computer could be used in the simulation process of drug discovery, enabling chemists to map of billions of molecular combinations and identifying those that have the highest likelihood of working.

Quantum computing could be used in the process of collecting and analysing images and videos. A quantum computer could analyse a colossal amount of data and pinpoint key pieces of intelligence that could be used by the military or defense agencies.

When will we see the commercialisation of quantum computing?

Before the commercialisation of quantum computing can occur there are a few of obstacles that must first be overcome. One of the challenges associated with quantum computing is instability, as calculations take place at a quantum level; the slightest interference can disrupt the process. To tackle this issue experimental systems use heavy shielding and cooling to temperatures around absolute zero (-459 °C), however, these requirements make quantum computers expensive to build and maintain.

Now a group of researchers from Aalto University in Finland have built the first standalone cooling device for a quantum circuit. The device has an energy gap dividing two channels: a superconducting fast lane, which electrons can move along with no resistance, and a non-superconducting slow lane, where the rest of the electrons are stuck.

Only electrons with sufficient energy to jump across the gap can get to the superconducting fast lane, which means the hotter electrons jump the gap while the cooler ones are left behind. This creates a chilling effect as the hotter electrons jump the gap removing heat from the system. The long-term goal is to integrate the cooling device in to quantum electronic devices such as a computer.

Quantum computers have therefore struggled to store information as qubits; as qubits are fragile in nature they can currently only hold data for short periods before errors begin to creep in. To tackle this, researchers invented quantum error correction (QEC), which is a technique that encodes a bit of quantum information using physical qubits.  Due to the rules of quantum mechanics we cannot directly read the state of a qubit without destroying it. QEC is designed to make it possible to recover from errors but researchers have struggled to extend the lifetime of the data stored on a qubit without introducing new errors, which eliminate the benefits. To date QEC has only reached the “break even” point, there is still a long way to go before this approach can be scaled to full size computers.

What is the stage of commercial development?

D-Wave Systems, a Canada-based technology company, sells the closest creation to a quantum computer. D-Wave Systems 2X and more recently announced 2000 qubit computer both have the ability to achieve quantum like results.  However, D-Wave Systems uses a technique called quantum annealing, which uses quantum physics to find answers to optimisation and sampling problems. This method effectively enables a computer to achieve quantum-like results with a methodology that is not exactly quantum computing.

Alphabet is also part of the quantum-computing race; it purchased a D-Wave computer in 2013 and later hired John Martinis, a quantum expert from the University of California, to begin the process of designing its own computer. Martinis and his team aim to achieve quantum supremacy (where a quantum computer overtakes the capabilities of current computers) within the next 5 years by creating the first commercial 50-qubit-quantum computer. Alphabet expects to hit its short-term target of creating a functional 49-qubit quantum computer by the end of 2017.

Finally, IBM has made significant developments on their quantum research in 2017. Most recently, the company announced that it had built and tested its most powerful platforms to date: a 16 qubit universal computer and 17 qubit commercial processor. Similarly to Alphabet, IBM aims to develop a 50-qubit quantum computing over the coming years.

However, the timeline surrounding the development and commercialisation of a functional powerful quantum computer is unclear. The uncertainty is reflected through conflicting forecasts from researchers that have ranged from a matter of years to decades. The most optimistic predictions suggest that Alphabet and IBM are the closest to the milestone and some scientists believe that they may complete an advanced functional quantum device by the beginning of 2018.

Perhaps due to a general lack of understanding quantum computing receives noticeably less attention than areas such as virtual reality (VR) and artificial intelligence (AI). However, quantum computing could be one of the most impactful technological advancements in the history of computing, as the ability to analyse a multitude of variables at once enables a surge in computing capabilities.

Before these advancements can be achieved there are a few obstacles to overcome, and as projects remain secretive the timeline to commercialisation remains unclear. However, increased attention from researchers and investment from technology giants should drive the progress made over the coming years. As consumers we may never see a quantum computer in action but we should undoubtedly experience its benefits, from highly effective drugs development to hyper accurate traffic modelling. There is a lot of progress that must be made but the functional quantum computing could be one of the most revolutionary technology developments of our generation.