The definitions of Bitcoin and Blockchain have been previously covered in ‘Confused by cryptocurrencies? Bemused by Bitcoin? Baffled by Blockchain?’ While on work experience, Alex Sokhanvari of Bishop’s Stortford College took a deeper look at whether the hype and attention surrounding Bitcoin is warranted and how its future may pan out. 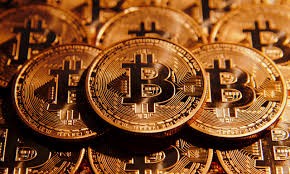 Bitcoin’s volatility sees it feature in the media on a regular basis. Bitcoin by analogy, is like being able to send a gold coin via email. It is a peer-to-peer online payment system that introduces an entirely digital currency. Could Bitcoin revolutionise the way we make our payments? Or could it just be a passing fad that will fade and be forgotten?

The benefits of Bitcoin appear game changing, so there is no wonder that major institutions, are starting to explore its concepts. One such example is Citibank, who have publically announced they are working on Bitcoin inspired cryptocurrencies of their own. This is with the stated intention to be at the forefront of this technology and make use of its many advantages, such as the transparency on trade transactions.

Indeed, one of the main draws to Bitcoin is that rather than a lone company ruling over it and with the potential to manipulate, there is no central authority figure. For those who find their trust in the traditional banking system deteriorating, that’s a big benefit.

Another big draw of Bitcoin is that currently there are no or very low fees for making payments and so, it is a cost effective way to send any amount, big or small, both domestically and internationally.

In terms of personal security, Bitcoin transactions are anonymous and so there isn’t the need to disclose personal details and credit card numbers.

However, as with any new innovation or technology, Bitcoin still has challenges to overcome. One of the main issues (at the moment) is the sheer volatility of the Bitcoin currency itself. Media hysteria plays a role in this but it can also be part attributed to there being a limited number of coins, which means that a smaller amount of money can move the Bitcoin price more significantly. This is expected to decrease over time as the market matures, including more trading centres, businesses and retailers beginning to accept Bitcoin.

In addition, Bitcoin is still undergoing significant development and many features of it need to be fine-tuned and perfected over the coming years, in order for it to stabilise and gain credibility. One reason is the lack of awareness and understanding, but like any currency, the real deciding factor is one of trust. A five pound note has no intrinsic value, only the trust that people have in the government’s treasury that has issued it and so, Bitcoin needs to gain the same level of trust, if it can be seen as a sustainable and viable form of currency.

Whilst some online and store retailers have employed it as a form of payment, the vast majority are yet to accept it. Another point to note is the employees of each company need to be educated on Bitcoin, in order to help their customers, which will take time and resources, and contributes to a lag in adoption.

Amidst all the excitement and scepticism associated with Bitcoin, it is easy to forget Blockchain; the system that underpins every Bitcoin transaction and allows it to function. Blockchain is simply a ledger or record of every Bitcoin transaction ever made and is essential in allowing Bitcoin to operate. Whilst it remains to be seen whether Bitcoin can revolutionise the way we use our money, many are now realising the potential of Blockchain and the multitude of uses it could have. The technology could be applied in voting, banking and even verifying the authenticity of artworks to name but a few examples. The idea behind the technology, regardless of acceptance of Bitcoin, could hold the key to making many administrative tasks automated and more efficient in the years to come. Indeed, it is the future of Blockchain, with or without Bitcoin that appears to be an exciting prospect.