Is the UK Missing a Trick? It's Time to Recognise 'Digital Manufacturing'

In our last piece about the sustainability of UK growth we concluded by querying the effectiveness of the current economic sector classifications and raised the concept of 'digital manufacturing'.

Traditional manufacturing, or ‘analogue manufacturing’ as we might choose to call it, accounts for around a tenth of the UK economy. This includes sub divisions such as food products, beverages and tobacco, textiles, wood, paper products and printing, chemicals, metals and much more. This is not a set of activities to be downplayed and as the UK economic picture brightens there are positive signs of growth. 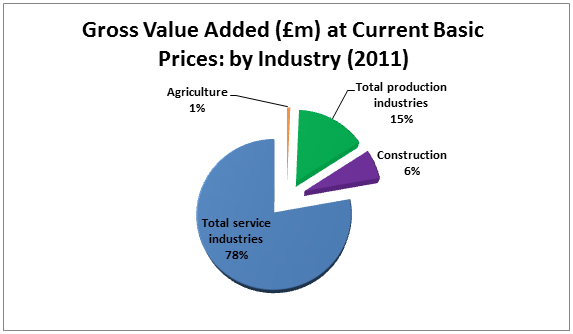 But what about ‘digital manufacturing’? This is a sector that offers real and significant potential for growth.

Firstly let’s start by defining what we mean. The general concept of manufacturing is defined as “the production of goods for use or sale using labour and machines, tools, chemical and biological processing, or formulation”. The term is most commonly applied to industrial production, in which raw materials are transformed into finished goods on a large scale. What we are suggesting is the term is applied to digital production i.e. the creation of software, in which skilled workers generate a product, which can then be sold, both domestically and as an export around the world.

This is where the UK technology sector comes in to play. An asset that is crucial if the country is to maintain its position as a leading economy. While the financial services is often seen as a powerhouse of the UK economy, it is underpinned by technology, as are many of our other important sectors such as utilities, telecoms and retail (e.g. “John Lewis looks to digital innovation as next big thing in retail”). Furthermore, whereas financial services is largely concentrated in its London hub, technology companies are pervasive throughout the country.

The UK is home to many world class technology companies but are they highlighted well enough and is the sector strongly identifiable in the same way as for example engineering is in Germany and consumer electronics are in the Far East?

It has long been the case that the UK is no longer positioned to compete with various other nations on various industrial activities such as China’s ability to produce cheap mass produced goods. Therefore it is important the UK plays to its strengths, one of which is making use of the knowledge economy and the subsequent production of digital goods and services.

It’s about time that this important contributor to the UK’s growth is recognised rather than being wrapped up as part of the 80% contribution the sector makes to the overall economy. So coming back to the question we posed at the end of our last UK growth themed piece – what percentage of the economy is digital manufacturing? A senior Google executive recently suggested it could be about $150bn or about 10%, which would put it in line with traditional ‘analogue manufacturing’.