What makes Formula 1 so technologically advanced?

Formula 1 racing started in 1950. Since then, motorsport has changed greatly with F1 often being referred to as a breeding ground for new technologies. Each year the continual technological advancements mean that the likes of Lewis Hamilton and Max Verstappen are driving in faster, safer, and more efficient cars. Whilst on work experience J.P. Dunphy (Yr 11 student) from the Bishop's Stortford College explored the growing developments of F1 technology. 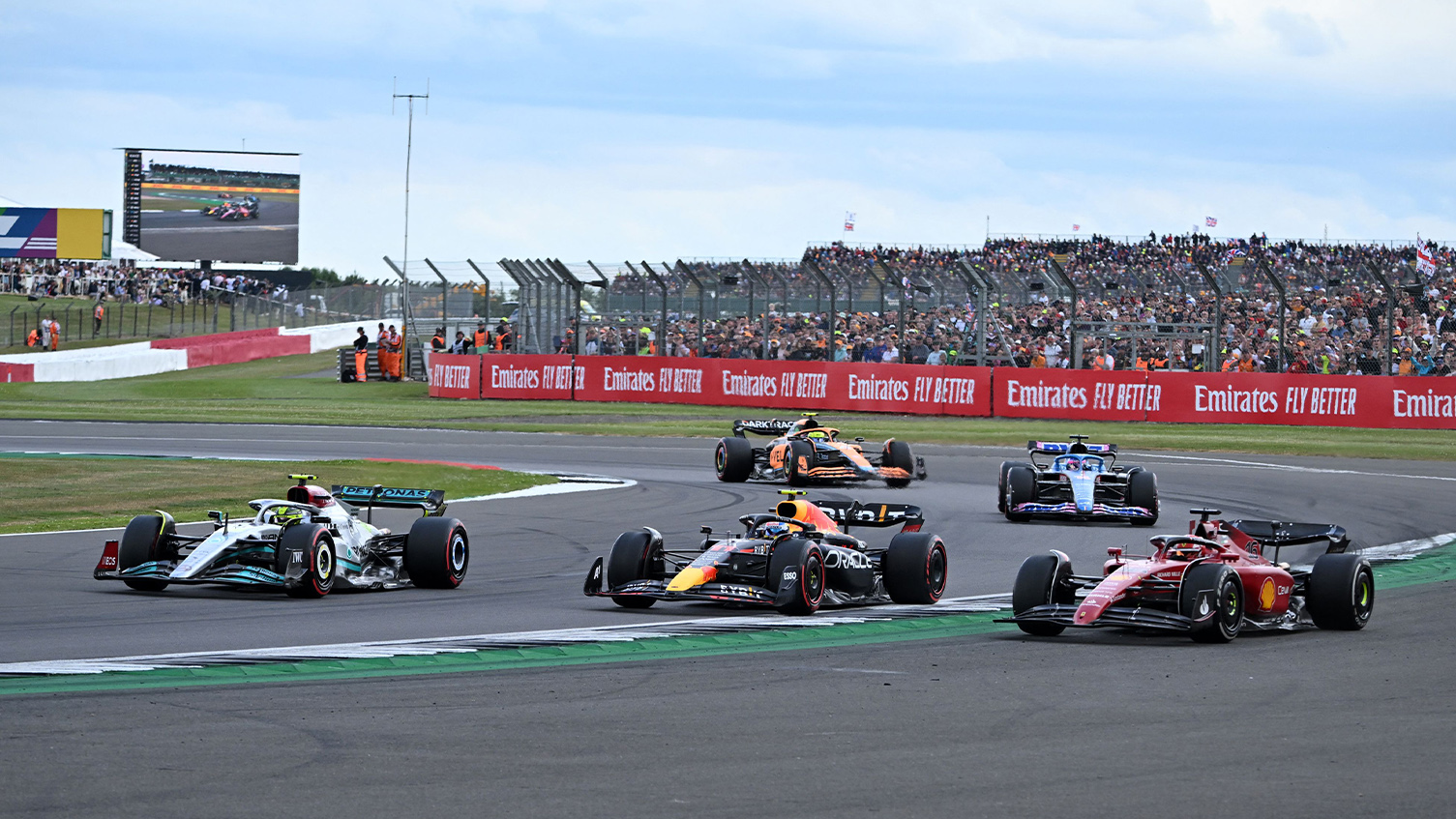 When Formula 1 started post-WW2, it was a very different sport. Instead of the complex technicalities that take months of research and development to be used on today’s cars, the cars were made up of chassis, cockpit, panelling, engine, tank, wheels - and nothing else. So how did the sport become so technically advanced in the present day?

Formula One cars in the 1950s were still state of the art technical miracles. There was one thing that the World Championship cars of the first generation had in common: the engine was at the front. This allowed for a central air intake through the front nose of the car supplying the engine with air for cooling and combustion. Apart from this, there weren’t many similarities between cars. Engines had relatively huge variation with both 1.5-litre supercharged or the 4.5-litre normally aspirated varieties. Across the grid there was all sorts of cars – for example the British BRM who’s 1.5l engine had 16 cylinders.

The best improvements came in the 1950s, when in 1957 the Cooper team switched to a mid-engine layout. Vehicles with this layout put more weight on the back tyres which gives the car more traction and provides more assistance to the front tyres when braking. In turn the chances of rear-wheel locking and skidding or spinning are reduced. It also gives the car more balance making it nimble. Following Jack Brabham's back-to-back championship wins in 1959 and 1960, all manufacturers switched to the new standard layout for the 1961 season.

Another huge improvement between current day F1 and the 1950s is the steering wheel. The first racing steering wheels were as basic as can be, made up of only wood and aluminium. In the 90s the traditional road-car style steering wheels started to change with buttons and LED warning lights being introduced and the circular shape changing. Nowadays there are several materials used in a steering wheel, but the main materials (out of several hundred) are carbon fibre, fibreglass, silicon, titanium, and copper. The driver has access to around 25 interactive buttons and switches, as well as a screen. The software is such that the driver must commit to memory the hundreds of different combinations of button press to access the different areas of control.

Many motorsport innovations make racing faster, but in turn more dangerous due to the increased speeds. In 2018 the halo was introduced - a titanium structure, covered with carbon fibre, which sits above the cockpit of an F1 car. It is capable of withstanding huge impacts, such as 15 times the static load of an F1 car and the impact of a 20kg wheel at 225kph. Despite the huge improvements it has on the safety of the drivers, the halo was not vastly popular among the motorsport community when it was made mandatory for all F1 cars in 2018. Drivers like Max Verstappen and Kevin Magnussen criticised its introduction and said that they accept the dangers involved in F1, some fans even threatened to stop watching the sport altogether due to the hindered aesthetics of the cars. Today it is clear that the introduction of the halo can only be seen as a positive. Since 2018 there have been numerous instances when the halo has saved drivers from severe injuries or even worse. Famously, in 2020 the halo saved Romain Grosjean from serious head injury in his fireball crash in Bahrain. Alfa Romeo's Zhou Guanyu’s recent crash certainly won’t be the last time the halo saves someone’s life.

F1 technology in the outside world

The sports advanced technology has also had an effect on the outside world. Hospitals are utilising McLaren’s systems to monitor patients’ data, while sensors are also being placed on surgeons to provide specific feedback as they work inside the operating theatre. The concepts and technology used to improve various teams’ pit-stop efficiency is also being harnessed in manufacturing plants to improve both the quality and the volume of production, as well as in medical facilities to enhance communication among staff members.

Originally developed for the Williams Formula One racing team, a Kinetic energy recovery system (KERS) using a carbon fibre flywheel has been modified for retrofitting to existing London double-decker buses. 500 buses from the Go-Ahead Group were fitted with this technology from 2014 to 2016, which improved fuel efficiency by approximately 20%.

The future of any sport is unknown, however F1 are working to become carbon neutral by 2030. One part of this plan is to have a 100% sustainable fuel by 2026. Another possible technology that could be used is hydrogen powered f1 cars which would produce zero carbon emissions, only producing water vapor. The concept is called the H24, it aims to produce 550 kw (about 730 hp) at 17,000 rpm, with it reaching a maximum speed of 300 km/h. This is 17% slower than the current F1 maximum speed of 360km/h. It will take around 3.4s to accelerate from 0-100km/h, whereas f1 takes 2.3s which is 39% faster, however it is a much heavier car. Whilst the initial H24 F1 car concept may not be as fast as the current f1 car, a hydrogen powered car would be a significant step towards a carbon-neutral sport.

F1’s constant engineering improvements make for a spectacular sport, however more than that, F1 technology can be applied to ideas outside of the sport to make a positive change in the world.