Mind the gap - is gender equality a reality in businesses today?

Holly Harrison Yr11 student from the Bishops Stortford College was interested to understand more about women in the workplace. She decided to delve deeper into gender equality and why this is such a prevalent topic. 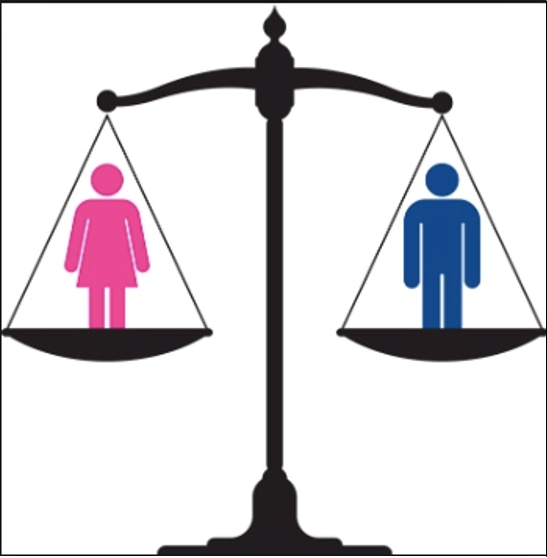 Many businesses today do not understand the extent of the gap between the genders in their work-place. According to Women’s Bureau at the United States Department of Labor, women who work full-time year-round earn an average of 79% of men’s median annual earnings.

So, which is it? Are we treating women equally? Or is there an unintentional gender gap that’s going unrecognised?

Furthermore, women receive less advice on how to advance, and they have less frequent interactions with managers and senior leaders, yet both are linked to greater ambition.

While, arguably, this may not be conscious bias, it is clear that women tend to be more prevalent in less senior roles than men. As a result the average earnings of women are less and thus the ‘gender pay gap’ exists. So why is this?

One of the key reasons as to why women are more dominant in less senior roles is due to maternity leave. In most Western societies today, it is expected that women should be the ones to take time off in order to raise and look after the infant while the husband continues to work. This enables him to advance his career, helping to promote himself and perhaps men in general in their ranks, eventually leading to more senior positions. While men are able, by choice, to take time off work to help raise the child, in many cases it is perhaps expected that this is the women’s responsibility and men can therefore struggle to get time off from work for this purpose. As a result, perhaps unintentionally, our society has made it so that men have more opportunities at work and tend to go further in a company due to the lack of necessity to go part time when it comes to raising a child.

Moreover, unconscious gender bias contributes to this gender gap. A study’s findings reveal that when equally qualified men and women are compared, and their potential evaluated, men get the advantage. Often women of a certain age can be overlooked because their company expects them to leave to have children, whatever the individual woman’s intentions are about childbirth and how they will split the childcare with their partner.  In fact, it is proven that men are 1.4 times more likely to be favoured over women when evaluated. For example, in public health in the US, where women file more grant applications than men, male researchers were awarded more than twice as many grants as women. This type of bias plays out in organisations every day. Men can be unconsciously seen as having more potential, so they are given more opportunities. It’s not a conscious thing. Instead, it’s an unconscious reaction to a lifetime of seeing mostly men in leadership roles.  Such discrimination based on sex has been recognised as unfair and is now illegal in most western countries, although as the facts above display they still occur.

As a result, for numerous reasons, we can see that within our society, whether intentional or unintentional, gender inequality exists within the workplace.

So, does this matter and what does it mean for businesses?

Due to the gender bias, while it may seem unconsciously better for a business to be run by male figures due to their history of leadership roles, evidence actually suggests otherwise. Instead, it would appear that companies benefit from being diverse and having women in leadership roles. When re-examining the business case for Inclusion & Diversity, McKinsey & Company found that companies in the top quartile for gender diversity on executive teams were 21% more likely to outperform on profitability and 27% more likely to have superior value creation (see graph). Additionally, it would seem that there is a penalty for opting out of diversity. Overall companies in the bottom quartile for gender diversity were 29% less likely to achieve above- average profitability than all the other companies in their data set. Thus, one can conclude that actually to have a diverse company brings many benefits to the company itself.

As a young woman this lack of gender equality in the work place does not sit well with me and thus not only do I believe that increasing the gender equality is beneficial in terms of the success of the company, I also think that it is essential to create equal opportunities for women. By increasing the equality in a work place, it would significantly promote the idea of equal opportunities of roles for men and women in our society as more and more people would come to realise that women are as able as men to take leadership roles. As a result, the stigma and unconscious bias in our society would start to decrease in addition to helping women to feel treated equally. Therefore, not only is it important that companies are more diverse in order to improve the company’s success, but also essential to create equal opportunities for genders.

So, what can companies do in order to reduce the gender inequality?

One key way to help improve gender equality, is that leading figures need to show their commitment by being positive role models. When employees see more senior staff prioritizing and role-modelling gender diversity, they are more likely to be committed themselves. When employees think gender diversity lead to positive business results, they are more likely to be personally committed. Therefore, strong leadership in this area is required by senior executives.

To help reduce the unconscious bias, businesses can offer training. Non-diverse attitudes are sometimes held because of a lack of education, or exposure to forward thinking environments. Bias training raises awareness of the stereotypes that disadvantage women and enables employees to take steps to counteract these biases.  For instance, only 47% of employees know what to do to improve gender diversity in their organisation. Companies need to ensure that hiring, promotions and reviews are fair and do not conform to the unconscious bias. They also need to review their hiring and review processes to make sure there aren’t any gaps or inconsistencies. By tracking outcomes and set gender targets they can establish clear goals to gauge their progress. In setting achievable targets, companies will feel more able to reach this ultimate goal and gradually help to increase gender diversity.

Furthermore, with the glass ceiling effect still very much around today, this being the idea that women’s progress is halted in the workplace and can never quite reach the senior roles, it is essential that companies encourage women to ask for sponsorships and push for interactions with senior leaders and managers. This would help women progress further and fulfill more of their potential as it is directly linked back to greater ambition.

In encouraging more flexibility in roles for both men and women, facilitating opportunity for more accepted leave concerning parental roles, this will be a proactive approach to help resolve the issue concerning the setback that women go through in their advancement in a company during maternity leave. By reducing the gender inequalities in businesses women and men will both equally experience the same halts in their progression through the businesses.

To conclude, while it may not be intentional, we can clearly see that gender inequality does exist with-in businesses which are down to many reasons including maternity leave along with unconscious bias. As a result, in order to make their company more profitable in addition to creating more equal opportunities for genders and making the employees happier, companies should become more diverse and try to decrease gender inequalities. To do this, bias training should be offered in addition to setting goals and quotas to increase gender diversity. Leading figures should show their commitment to these ideas in order to encourage employees to do the same.

Reducing the gender gap is an onerous battle, but one which the world needs to fight.