Will 5G change our world?

With the implementation of 5G currently underway in the UK, Charlotte Cavanagh Yr10 student from The Herts & Essex High School wanted to explore the potential of this emerging technology and how it will affect our lives going forward. 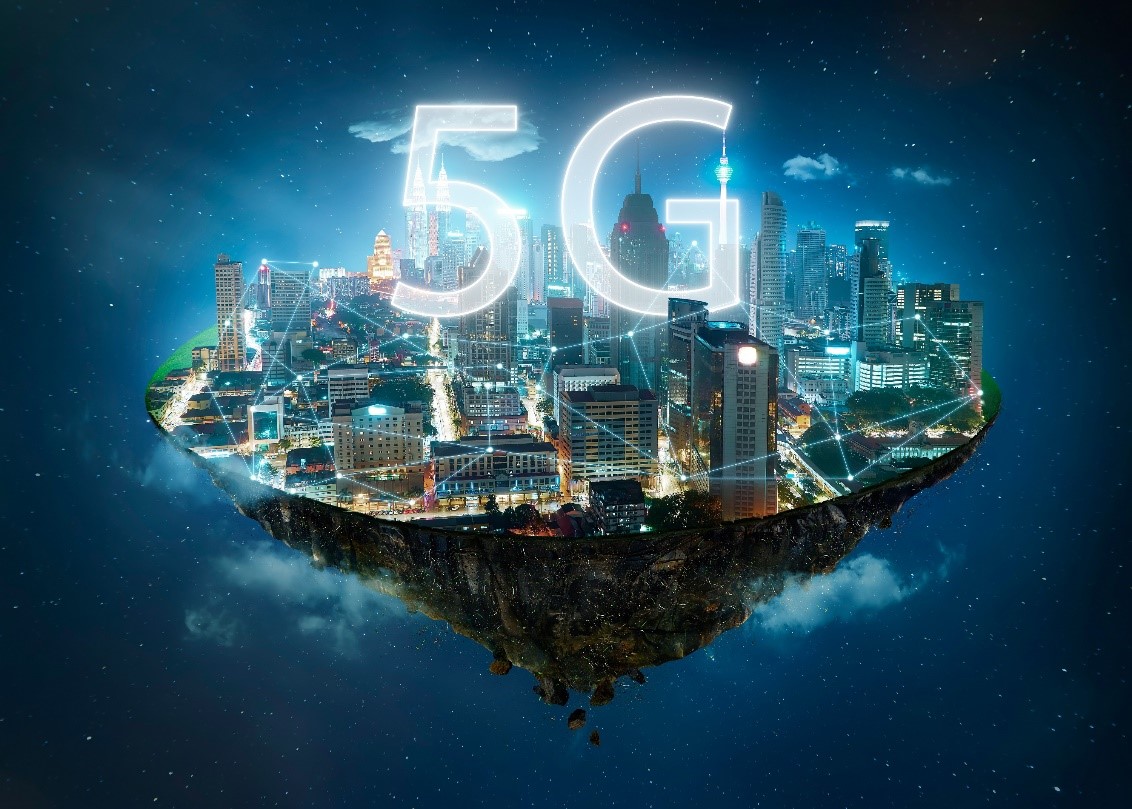 The advances in technology in the past 40 years have been more drastic than we could’ve ever expected. From 1G, launched in the 1980s, finally allowing mobile voice calls, to 2G giving us SMS, to 3G which brought mobile browsing, and then to 4G with much higher speeds and the ability to make conference calls, watch HD TV and use gaming services all on our mobile phones. However, 5G has surpassed these earlier technological advancements that will change our world more than ever before.

But what is 5G? And what will it mean for us? 5G is the 5th generation of mobile internet connectivity, promising to bring vastly higher speeds and more reliable connections between devices, by connecting to 1000x more people (everything from mobile phones to driverless cars to smart homes). It aims to aid the digitalisation of industries and, offering speeds 20x faster than 4G (up to 1Gbps compared to just 300mbps with 4G), it will allow us to download movies in 8 seconds and use VR in more ways than we could’ve imagined.

Of course, we want faster speeds when downloading movies, but will that really change our lives? Probably not. Clearly, 5G will have a crucial impact on autonomous cars.

The goal for this technology is to make them more intelligent and more reliable than humans, resulting in increased safety. This is because, for driverless cars to be a real benefit, they need to be able to respond to risks faster than human reflexes (0.3 seconds), in order to reduce the number of accidents on the road. But how will 5G fix this issue? The answer is reducing latency, which will result in a smaller delay between data being sent and received. Although this is helpful when on a video call, it’s crucial when driving because this delay is the difference between life or death, allowing your car to prevent an accident, by stopping 20m before it used to.

The goal for autonomous vehicles is that they can drive completely by themselves, over any terrain, anywhere in the world. Another way in which 5G will help us get closer to this aim is by the concept V2X ‘Vehicle to Everything’. This allows vehicles to communicate with moving parts of the traffic system around them, meaning vehicles will not only be connected to other vehicles, but also to infrastructure (such as streetlights), as well as to pedestrians and cyclists. This technology can not only be used to improve safety but also for automatic convenience, such as automatic payments for tolls and parking.

Another way that 5G will change the way we live is in education. With an increase in connectivity, technology will now be able to reach all corners of the globe easier than ever before, making education accessible in the most remote locations. For example, a programme called ‘School of the Air’ was launched in the 1950s to enable children in the Australian Outback to obtain an education, in areas where the school-age population is too small for a conventional school to be viable. Although it only started as two-way radio calls, 5G promises to allow video calls with reliable internet connections, so that students can make the most out of their learning time.

5G will also mean that Virtual Reality can be used increasingly in the classroom, in order to create a more immersive experience. One study comparing data retention between VR learning and traditional training methods found that 80% of information presented via VR was retained by audiences, compared to 20% when listening to a lecture. This shows just how valuable technology can be in increasing productivity.

A further way that this new technology is benefiting education is through using Virtual Reality in training. Now, students can practice their future professions as pilots and surgeons, without even leaving the classroom. For example, earlier this year, the British RAF opened a new state-of-the-art training facility, where pilots experience forces up to 9G while flying three different virtual jets in a simulation environment.

In addition, virtual surgeries are now used, which allow surgeons to live stream surgeries to students, giving them a first-person perspective and the ability to ask real-time questions, without getting in the way of the operation. This will make surgical education accessible to students around the world and will save money, which is crucial at a time when we’re in desperate need for more medical professionals. However, it doesn’t have to stop there. Imagine a British surgeon performing an operation on a person in India, using technology to mimic their actions and make incisions. It may seem impossible now, but at the current rate of development, this phenomenon may not be as far away as we think.

The addition of 5G will also improve automation in the manufacturing industry, enabling the creation of ‘smart-factories’. This concept is a flexible system, which adapts to new conditions in real time, in order to self-optimise performance. For this to be a reality, the Industrial Internet of Things (IIoT) is used – a system which connects devices together, giving them the ability to gather information and communicate with each other, without human help. This creates an intelligent network, enhancing manufacturing & industrial processes. The Internet of Things (IoT) is used in all sectors but, in supermarkets, this system can be used to inform employees when products become sold out, increasing shop sales.

However, 5G is not perfect. One of the reasons for this is that this network cannot travel through walls, as it operates on a high frequency band (30GHz to 300GHz in comparison to 4G’s limit of 6GHz) with shorter wavelengths. This means that, in order to have all these amazing features, you will probably need a cellular aid in your house and the new 5G networks will have to work with the 4G networks to achieve the best coverage. The addition of this fantastic new network will not necessarily address the issues of lack of signal and low speeds in rural areas as it will focus on urban, densely populated parts of the UK.

Despite these issues, 5G will also be used in the entertainment industry, in order to achieve a more immersive and realistic experience. For example, by reducing latency, as mentioned with regards to self-driving cars, 5G will improve gaming experiences, reducing the time it takes between pressing a button on a controller and seeing the effects on the screen. In sport, 5G will also be used in VR technology. For example, footballers could wear cameras on their heads and the audience can wear VR headsets, so they feel as if they are within the game. With the 5G network, every crowd member would be able to be connected at the same time as 5G will support 1000 more devices per metre than 4G.

Overall this sounds amazing, but you’re probably wondering how and when you can get your hands on it. South Korea launched the world’s 1st 5G network in April 2019. Some of the biggest competitors in the race to rollout 5G globally are Huawei, Nokia & Ericsson but, as Huawei have publicly announced 40 deals and spent $15 billion on research & development (in 2018) there doesn’t seem to be much competition. In the US, Verizon launched its 5G network in April this year, but it’s currently limited to a few locations. AT&T also offers its 5G network to 19 cities.

In the UK, EE and Vodafone have recently launched their networks, but they are also limited to a few cities, such as London, Manchester & Cardiff. Vodafone have also just released their new pricing model where, instead of varying the cost for the amount of data, plans come with unlimited data, but the maximum speed varies with price. This is an interesting strategy, allowing those who only use data to scroll through social media and stream music to get a cheaper plan than people who want the fastest speeds, allowing multiplayer gaming and the ability to download boxsets in seconds. There are very few 5G phones currently on the market, including Samsung S10 5G, Xiaomi MI Mix 3 5G and OnePlus 7 Pro 5G, so it will take several years for 5G to be used everywhere.

Moreover, although this technology won’t be available globally in the imminent future, it’s very exciting to see how 5G can be used in every sector-from entertainment to transport to education- and, in a world of such rapid development, how this new technology will change every aspect of our lives.