China is in control of their ‘Sesame Street’

China is currently piloting a vast ranking system using big data and AI processes to monitor citizens’ behaviour. The social ‘Sesame credit’ system was first announced in June 2014 by the governing State Council of the People’s Republic of China and will be mandatory for all businesses and citizens once fully operational by 2020. 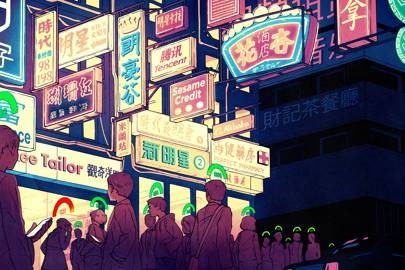 Every Chinese citizen (of the millions that are currently trialling the scheme) receives a literal, numeric index of their trustworthiness and virtue. This is similar to private credit scores, with a person’s social score being moved up/down depending on their behaviour.

The exact methodology of how the system works has been kept secret. However, examples of infractions include bad driving, smoking in non-smoking zones as well as posting fake news online. The Chinese Government has already banned 9 million people with low scores by prohibiting them from using public transport such as flying or taking the train. So far 3 million people have been barred from getting business-class train tickets!

Citizens with a low social credit would also be prohibited from enrolling their children at high-paying private Schools (it is unknown yet if this has been put into action). Further examples of prohibition include being banned from doing management jobs in state-owned companies and banks.  Furthermore those that refuse military service have been restricted from purchasing certain holiday packages or hotels.

The system is not just targeting individuals; all companies that own a business licence (effective 1st January 2018) are provided with an 18 digit ‘unified social credit code’ allowing the government to enforce compliance and impose fines for any business that fails to conform. However (according to the 2016 government notice) it does also encourage companies to consult the blacklist ahead of any recruitment process.

The draconian scheme does however offer a slight semblance of civility, with citizens being notified by the courts before they’re added to the list allowing them the right to appeal against the decision within ten days of receiving the notification.

Additional incentives and rewards are given incrementally to those with scores of over 600 and beyond on the Sesame Credit, providing a confirmed correlation of trustworthiness and status symbol accolade.

According to the government document the social credit system will “allow the trustworthy to roam everywhere under heaven while making it hard for the discredited to take a single step”.