Recent reports show that 4 billion people (over half the world's population) are now online, with 250 million joining for the first time in 2017. Whilst on work experience Year 12 student Molly Dorman from Birchwood High School explored the way technology has revolutionised how we now communicate and its global implications. 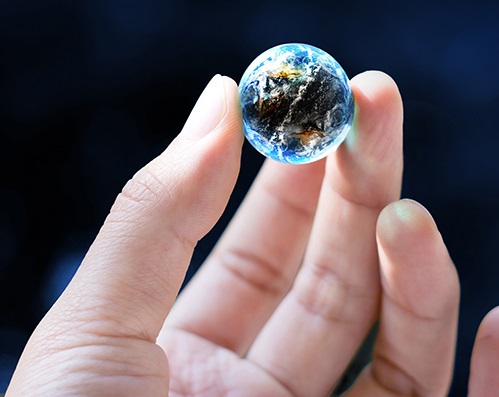 The speed of global integration has increased greatly over recent decades. This has not just reduced our social space but expediated the slow demise of real world interaction. Technical innovations have made the world appear smaller as we now have everything at the touch of a button.

The first breakthrough came in 1971 when Ray Tomlinson, a computer engineer working for Bolt Beranek and Newman in Cambridge, Massachusetts, developed a system for sending messages between computers that used the “@” symbol to identify addresses.

On August 6th, 1991, we saw the launch of the World Wide Web from Tim Berners-Lee which facilitated the deployment of the first Modern instant messaging service on our mobile phone 12 months later, allowing us to communicate with essentially anyone in the world at any one time.

Now, with 5 Billion combined monthly messaging app users on WhatsApp, Facebook Messenger and LINE, the ability to integrate parts of the world is almost seamless. Large cities such as New York and Tokyo can communicate (despite being approximately 10840 km apart) through phone, email and messaging services. Therefore, the ability to develop into a ‘World City’ (a major centre for finance, trade, business, politics, culture, science information gathering and mass media that can be considered an important multinational city) simply seems to be unchallenging.

The economic significance which World Cities such as New York ($1,547.1 billion GDP in 2017) and Tokyo (2,964 major companies with a capital of over 1 billion yen) possess are due to these technological advancements. This has not just led to economic growth but the intermixing of cultures from which were once immensely different parts of the world.

Has the world diminished for the worse?

Languages globally are vastly diminishing due to translation technology such as Google Translate. Furthermore, advances in visual translation companies such as “WayGo” (specifically used to translate images that may contain Chinese, Japanese and Korean) are creating new lines of communication and eliminating language barriers.

Despite the expansive diversity of languages, English is still dominant. Of the 10 million most popular websites, 55.2% are in English. Languages such as French, German, Japanese, Russian and Spanish have a small online presence but range between just 4% and 5.8 %. The ability to represent linguistic diversity online remains a major challenge. Facebook estimates that making the internet useful for 80% of the world's population only requires content to be available in 92 languages which will result in only 1.4% use of the world’s languages online. 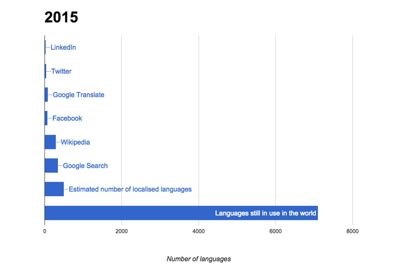 Virtual reality (VR) is a continuing technological trend. Through VR experiences, destinations, accommodations and other players in the hospitality space can entice travellers; allowing them to explore new surroundings from the comfort of their own home as well as gaining a deep understanding of what they may have experienced if they were to travel. VR could possibly ease the fear of the unknown and change perceptions about cities or countries across the world. However, it could reduce the desire to travel and eliminate the cost and time implications.

Like VR, augmented reality (AR) is adapting the way people travel. It has the potential to initiate increased exploration on a smaller scale without the need of travel; providing users with computer-generated images that can overlay the real world. This composite view could promote the discovery of new places and experiences around their city or neighbourhood. 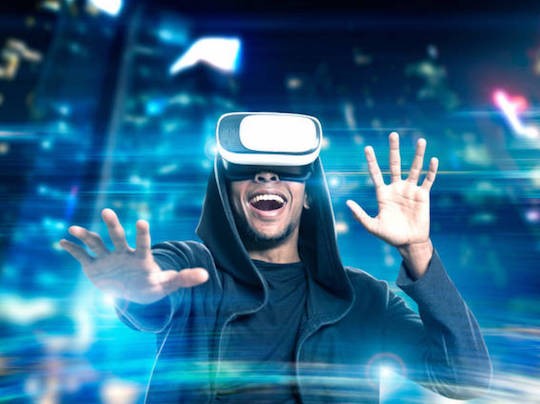 Technology is revolutionising the world we live in but at the same time making it more insular and increasing the loss of simple physical connections. In my opinion, there’s something intangibly authentic and valuable about talking with somebody face to face. Body language is better observed in person to avoid ambiguities and misconceptions. Of course, the world isn’t becoming smaller it’s all just an abstract idea. However, as technology continues to connect even the remotest parts, who knows how small it will appear in the future?