Phoebe Seymour (Yr12 student) from The Bishop's Stortford High School researched the topic of Artificial Intelligence (AI) to understand why fewer women are pursuing AI careers when the majority of the constructed AI personalities are female.

It is common knowledge within the tech world that there is a severe lack of women in the artificial intelligence (AI) field. Statistically, 50% of all A-Level physics classes in the UK do not contain girls according to Sherry Coutu, and women received just 18% of undergraduate computer-science degrees in 2011 (National Centre for Education statistics).

This is a decrease of 19% from 1985. These figures show a disinterest from women in the basic components of AI careers from university age, or even younger over the last few decades. This highlights a key issue in the educational system; if there is a lack of encouragement in schooling and advertisement of science, technology, engineering and mathematics, otherwise known as (STEM) subjects, then the number of women involved in related occupations will never be as high as the number of men. With this, many problems could arise in the future.

With leading AI technology investors and developers such as Google and Apple obtaining largely male dominated teams (17% and 20% female respectively), it is no wonder why any female presence may be drowned out. However, this does not mean that there is no presence at all. Most recently in the AI break through world, the use of female voicing has been a reoccurring theme, more so in Chatbots like ‘Tay’ and Chinese humanoid “Jai Jai”, both launched in 2016. The reasoning for this may include the desire to make AI interactions less threatening, as socially there is a rather frightening concept of a world dictated by robots. Consequently, the prospect of ‘female’ artificial intelligence operating domestically or communicating online is one that is more digestible, due to feminine associations with vulnerability. As long as man can feel that we dominate our creations, fear begins to dissipate.

However, the theory of feminine speech is contradicted by one the founding aims of AI: to create a being that can interact within situations according to and in correlation to the behaviour of those it engages with. Part of communication, and a hurdle that many AI scientists are yet to overcome, is the ability to assess and analyse interactions instantaneously to initiate the correct response, and this may be influenced by gender. Obviously this is to be programmed, however humans are not predictable, and women are arguably even less clear, evident through Stephen Hawking’s comment: “women should remain a mystery”. Personally I do not agree that only women are complicated to decipher into coding, and prefer to believe that humans are in general. There is no set way that people respond to one another, due to diversity of opinions, experience and cultures. However, qualities such as empathy, responsibility and the capability of sensitive reasoning are largely regarded as female attributes, and are engaged in arguably different ways and circumstances to men. Therefore, creating any human replica in the form of artificial intelligence will prove and is currently proving itself to be, difficult. 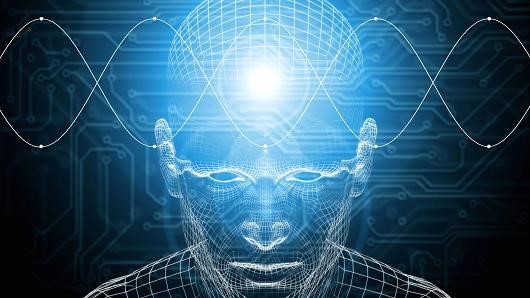 As AI is limited by who develops the software, and the extent to which it has been created to cooperate, having a predominantly male grip on the field does not help the matter: creating a bot that speaks like a woman but interacts like a man is contradictory, and this could have been a contributing factor to the down-fall of ‘Tay’, regarding the missing “female” characteristic of moderation in the ‘repeat after me’ mechanism. AI specimens of a more advanced nature, which chatbots will soon be developed into, include social intelligence as a rudimentary factor for human replication, split between “weak social action”- based on assumptions of the interactors mind, and “strong social action” which is alternatively based on the goals and actions of the interactor. Distinguishing between these is part of the make-up of social intelligence, however the process itself may be interfered with the sensibility of the AI, which may be affected by gender identification. As mentioned previously, the social correspondence of men and women is different, therefore this stage of development effectiveness could be compromised if the only innovative input is from one gender only. Therefore, diversity in the AI workforce is essential.

“Female voices are being used, but not listened to” and this is one of the main reasons why women are needed in software developments and computer programming discussions for these such projects. If the purpose is to eradicate the assumption that artificial intelligence is ‘evil’ only on the basis that its goals could evolve to be different to ours, and the way forward is social associations with femininity, then surely it is appropriate to ensure that a gendered bot can respond the way it is expected to. However, whether this is correct or not is definitely a relevant ethical discussion point regarding modern day association with gender or sex, and its place in society, in order to analyse the importance of female and male attributes in AI.