Smarter cities and how they can help you

Whilst on work experience Lauren Beaver (Yr11 student) from The Bishop's Stortford College explored the growth of the 'smart city' phenomenon. 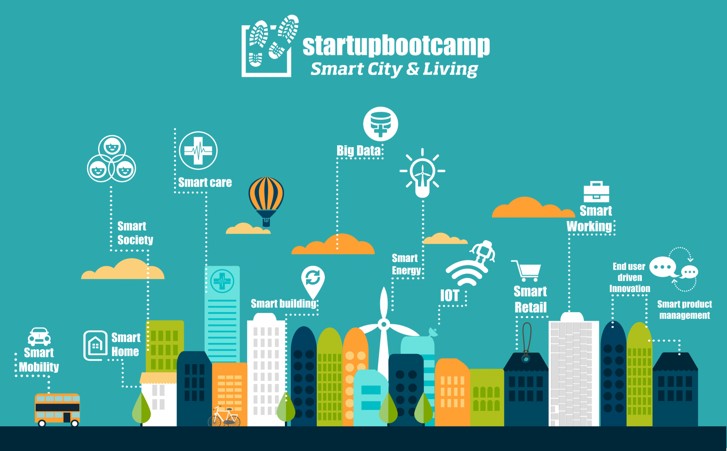 Before we can talk about the future of smart cities and their benefits we must ask what they actually are?

A 'smart city' can be defined as an urban development that aims to integrate the use of technology into the cities’ core infrastructure in order to help meet the needs of the population and help improve their quality of life. A 'smart city' would be subject to continuous development, each one would result in the city becoming more technologically advanced, desirable to live in and capable to respond to challenges. Vinici Energies have produced an excellent video which clearly demonstrates just what a smart city is and this can be viewed here https://youtu.be/Br5aJa6MkBc

The UK government feels there are many key aspects in making a city 'smarter' all of which are heavily influenced by the use of technology. The most important being:

Some examples of cities where technology has already been implemented to help create this idea of a smarter city are Santander (Spain), London (England), Rio di Janeiro (Brazil) and Stockholm (Sweden).

Santander was chosen in 2010 to become Europe’s test bed for a sensor based smart city. Since then 12,500 sensors have been embedded into the city in order to help the government operate as efficiently as possible. These sensors measure everything from the amount of rubbish in bins, to the number of parking spaces available, to the size of crowds on the sidewalks. There are even sensors on vehicles that measure levels of air pollution and the traffic conditions. These sensors transmit their data back to computers that analyse the information in real time, so city officials can adjust the city’s energy use, the number of rubbish collections a week and even the amount of water used to water the lawns of city parks. This use of technology helps the city to run more efficiently, increases its sustainability and ensures the city can be more easily monitored.

Furthermore, since 2010 sensors have been used to monitor traffic and manage congestions in London, Seoul and Stockholm. In Singapore the government is deploying sensors and cameras all across the city to monitor the cleanliness of public spaces and the density of crowds, even the movement of every vehicle, all in an effort to help Singapore become a smarter city and receive the benefits that come with it.

Why are they needed?

With more than half the world’s population already living in urban areas and that figure expected to rise to 75% by 2050 it is clear that the future of our world can be found in cities. It is predicted that megacities with over 20 million inhabitants will see the fastest increase in population and at least 13 new megacities are expected by 2030, in addition to the 28 that exist today.

With this dramatic increase in urbanisation it is inevitable that the future cities will face problems trying to cope with a huge influx of people. At the same time, there will be problems trying to ensure the city runs as efficiently as possible with strains placed on its systems and resources. Moreover, this rapid increase in urbanisation is likely to result in illegal and unplanned settlements, as well as a lack of proper infrastructure creating problems for citizens and the government. This exponential increase of urbanisation, would cause questions to be asked about a city's future sustainability. Although, people living in larger cities tend to have smaller energy footprints and require less infrastructure and resources. However they have higher productivity levels, therefore much more needs to be done to ensure these large cities of the future are sustainable and environmentally stable.

How can they help?

This is where technology can be implemented to create a smart city. By using appropriate technology such as the Internet of Things (IoT) and collecting the data, perceptive analysis can be provided to smart city technology providers. This will help to alleviate issues such as energy waste, congestion and also allow cities to utilise resources more efficiently. For example, currently many technologies now exist for controlling different types of pollutants which help with the water treatment and help fulfil the city's increased demand. Furthermore, biotechnology has produced new strains of crops that are resistant to disease and drought which helps to increase food production and enables cities to cope with the demand for food. More examples of how technology can be used to increase sustainability can be seen here

Not only does the technology enable us to meet demand and ensure sustainability but it will ultimately improve the standard of living of those in the city and their quality of life, helping to reduce poverty in the future and leading to a more equal society where everyone’s basic needs can be met. 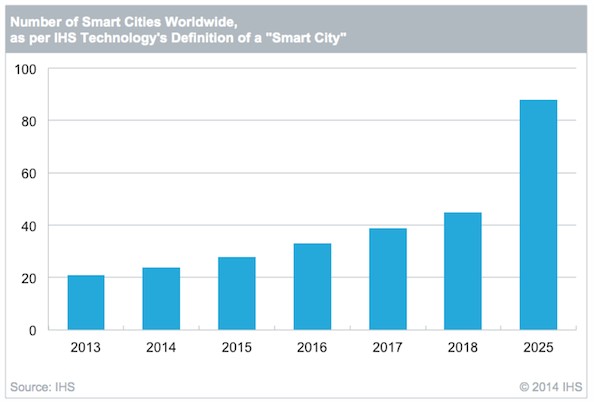 Currently there are several companies and organisations that play a leading role in providing technology for “smarter cities” and researching their data. These include European Innovation Partnership on Smart Cities and Communities (EIP-SCC) the committee was created to help set up smart cities in Europe, Cisco and Siemens (both big companies advancing in technology) and IHS Technology. Almost every country in the developed world has researched and put forward plans to integrate technology into their cities. In 2013 the UK Government produced a detailed research paper into smart cities where it clearly demonstrated its desire for UK cities to become “smarter”. Additionally 14% of smart policy work is done in the United Kingdom, second only to the US demonstrating how the UK is undoubtedly striving to receive the benefits smart cities could offer. The increasing research done combined with the fact that technology grows exponentially each year and the capabilities of what can be done with it are endless, leads me to believe the number of smart cities will increase dramatically in the future. In fact, the IHS predicts that the number of smart cities in the world will increase to at least 88 by 2025, a dramatic increase from 21 in 2013 as local governments begin more and more to work with the private sector and create smarter cities to help them cope with the challenges they face. As technology advances and urbanisation increases Governments are looking for solutions to help them fix their problems and smart cities can be seen to give clear benefits.

Smart Cities in the Developing Worlds

Currently only 8% of Smart City policy work is done in developing countries. Areas which would really benefit from what a smarter city has to offer are those that cannot afford it. Only 12 percent of the most published researchers and 13 percent of the countries leading 'smart city' researchers are from developing nations. Even when developing nations do begin to adopt smarter city policies, these have been tested in developed nations and therefore are not optimised, meaning they do not receive the full benefits. Consequently I feel in order to help fix problems of inequality and poverty all across the world, more needs to be done to help provide developing nations with the technology for smarter cities.

In conclusion I feel the benefits smart cities can bring to us are endless. There are no limits to the technology and if this was implemented into our cities, then a sustainable future for the world could become so much more possible. Although questions must be asked about security versus data collection, if there is a balance then I think smart cities are an amazing investment and will become a much greater occurrence in the future.