The road ahead for vehicle technology

A new wave of innovation, led by car manufacturers and automotive-tech companies, is transforming the driving experience. Louis Dolding from the University of Nottingham has written a an article on the future of vehicle technology. 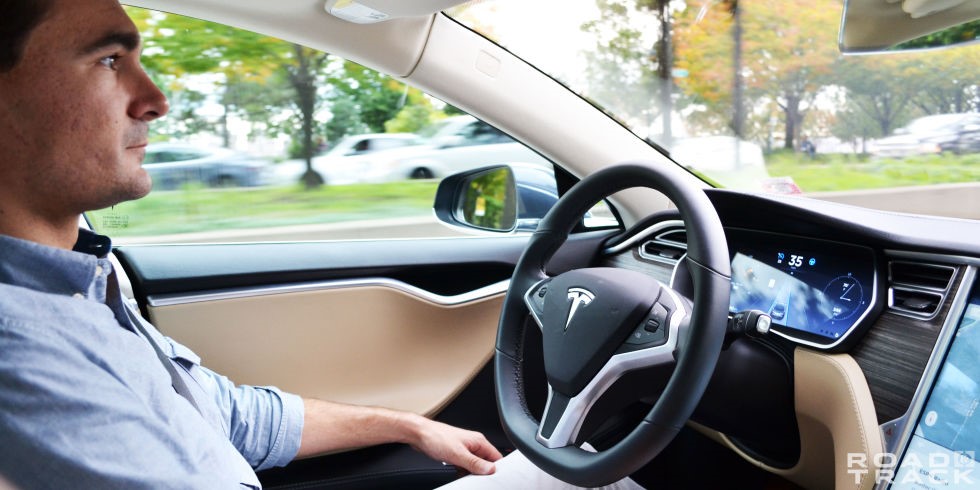 Looking back at cars of the early ‘noughties’ where heated seats, Bluetooth and an AUX socket were considered luxuries in an everyday saloon, it is difficult to comprehend how the cars of today have progressed so rapidly. Driven by new innovations and huge advancements in technology over the last decade, comforts such as cruise control, SatNav and parking sensors are now common place in even the most affordable of hatchbacks. With this is mind it is no wonder that car enthusiasts eagerly predict what advancements may be coming to the cars of the future.

What does the near future hold?

We don’t have to look particularly far to see the main types of technology that will be coming to cars of the near future. Tesla, perhaps the most pioneering car company over recent years, began equipping their Model S with no less than 12 long-range ultrasonic sensors in October of 2014, allowing for the introduction of ‘autopilot’ mode in 2015. Autopilot not only controls the cars speed and distance from vehicles in front, but also steers the car within a lane and enables automatic lane changes. Companies such as BMW are implementing similar technologies, with prototype i3’s having already driven passengers around closed tracks completely autonomously. Some of the most promising progress into fully autonomous vehicles is coming from Google’s ‘self driving car project’. Their test cars have already driven 1.5 million miles with no driver intervention, and are currently out on American roads with a test driver purely for safety.

When can we expect to see fully autonomous vehicles on our streets?

What's in store for the more distant future? 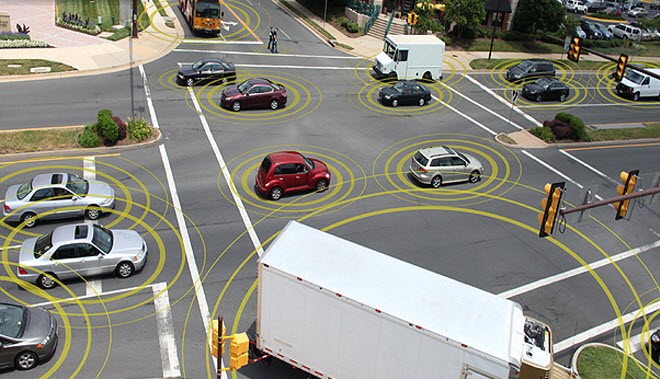 When looking at recent technological trends and developments, it is evident that the more distant future of vehicle tech lies in connectivity and the ‘Internet of Things’ (IoT).  Already, companies such as GM are equipping models like the Chevrolet and Cadillac with Wi-Fi, using high speed AT&T 4G modules located within the radio. This feature is not simply a novelty in this hyper-connected age where passengers may want to stream films or music on even a short journey. Wireless connectivity is not only for the benefit of the individual, but also enables masses of data concerning vehicles to be uploaded to the ‘cloud’ and analysed by manufacturers. In fact, GM can already receive data regarding their cars fuel levels, oil temperature and the status of various vehicle systems, as well as how their cars are being driven from the moment of ignition. Whilst the collection of this data may seem like an invasion of our privacy, it could lead to huge improvements in vehicle performance and efficiency as manufacturers will receive the data required to make beneficial changes to their engines or other vehicle systems. Therefore, significant personal and environmental benefits will result from this vehicle connectivity and data transfer.

However, the idea of connectivity will be taken to an entirely new level in the more distant future. Connected cars will likely become the ultimate in the 'Internet of Things' (IoT), collecting and analysing masses of data provided by all other vehicles around them as well as sources such as traffic lights and road signs.  In a practical sense, cars will be able to warn each other of their manoeuvres as well as possible congestion or collisions, and subsequently change route or even slam on the breaks when paired with autonomous technology coming in the near future. With reaction and warning times of roughly the speed of light, these connected vehicles will reduce car crash death rates which currently stand at around 1.3million per year, especially with 94% of crashes in the US resulting from human error. Vehicle to Vehicle communication is currently being tested by manufactures such as Ford as a way to help reduce road accidents, however it will be many years before this communication spans all car models and begins to save lives on our streets.

Connectivity in the imminent future

Whilst we may have to wait decades before Vehicle to Vehicle communication is implemented across all car models, the rapid growth of the Internet of Things suggests it will not be long before connected vehicles begin to assist us in our everyday lives. Cars could soon communicate with existing home items which offer this capability, meaning that when you pull into your drive the house lights turn on, the garage door opens and the heating is set just so, for example. Connected vehicles could soon pick up information from your phone, enabling them to suggest routes based on your calendar appointments and act as a general digital assistant. Whilst a world of connected vehicles which warn one another of an impending crash or traffic jam, and act upon this information, may still be a long way off, a focus on connectivity will help cars progress from a transport tool to a daily assistant sooner than expected.

The future of vehicle technology, then, looks bright. The global tech industry is growing at a rapid rate of around 5% to a size of $2.9 trillion in 2016, fueling masses of new technological developments which will be integrated into the car industry. Whilst it is difficult to predict just how long this integration will take, it is almost undeniable that autonomous vehicles and connected cars will soon enter our lives, likely earlier than expected. Good news for the casual day to day motorist, but perhaps not so good for the avid petrol head with a love for actually driving their car.