I was delighted to present at this year’s Futurefest event last week-end (17th Sep 16) and participate in a panel along with Brigitte Minamore, Melody Hossaini and Cindy Gallop. 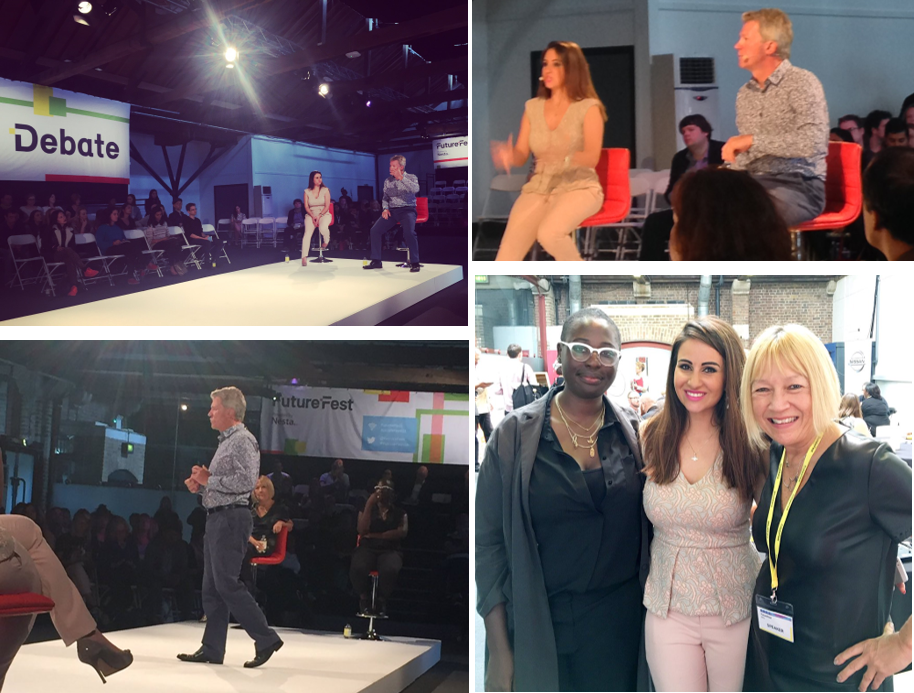 Here’s a brief synopsis of what I said including some of the statistics I referred to:

Why am I here?

Lots of reasons but two stand out:

Firstly, I am an active backer of female founded companies (9 to date).

Abundance Generation, Dressipi, Funderbeam, GeneAdviser, Growth Engineering to give some examples. I also mentor at, and am a member of, Angel Academe, a predominantly female angel investment group.

Secondly, the way we work is changing rapidly driven by the digital revolution. To excel in the world of 20-30 years’ time, we need to anticipate the world of tomorrow and acquire the digital skills to exploit these new technologies.

It's worth stating my current investment themes include Internet of Things (IoT), Data security and Big data. I have a particular interest in Artificial intelligence (AI).

Women make up 52% of the population yet only

In the UK just 20% of SMEs are female led

Artificial Intelligence is programmed by men but usually spoken by women!

It is crucial that creators/developers are diverse in gender as technology is approaching the stage where our interactions with a device are close to a human level. If AI is being developed solely by men, it will be bias in its decision making process and its ability to interact.

What can girls do now to excel in the workplace of the future?

Act on these asks from the FutureFest16 debate:

“If you want to be successful as a woman in work: acquire STEM skills”

“The digital revolution is the new industrial revolution” and it is powering the workplace of tomorrow.

Thanks to Ruth Amos, Ghislaine Boddington and Nesta